The Tribhuvan International Airport, the biggest airport as well as the sole international facility in the country, says, in 2021, it has recorded the highest number of domestic flight passengers in the past seven years.

According to the airport records, 3 million and 509,718 people used the airport for domestic flights, and the number is the highest since 2015.

As 2020 recorded a low number of passengers (1,457,539) due to restrictions imposed to control the Covid-19 pandemic, the flight operators had aggressively promoted ticket sales in the next year. A few of them had announced different packages. 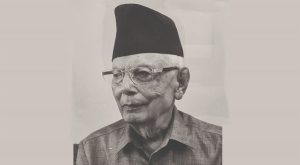