Gyanendra Malla pulls out of T-20 series in Oman

Nepal national cricket team’s deputy captain Gyanendra Malla has said he will not play the T-20 series to be held in Oman next month.

Malla says he is pulling out of the series due to personal reasons.

Nepal, Oman, Hong Kong, the Netherlands and Ireland are participating in the series to be held from October 5 to 10.

Nepal are facing Hong Kong on their first match on October 6. They will play against the Netherlands, Ireland and Oman on October 7, 9 and 10 respectively. 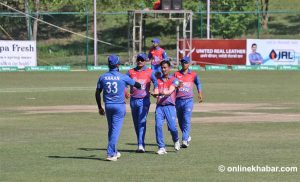 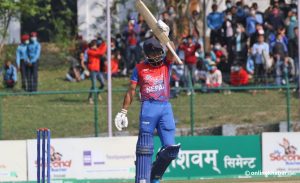 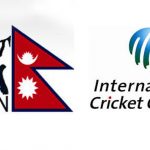