The government is deciding to give the Indian company, GMR Group, two years to generate funds for the ambitious Upper Karnali Hydropower Project.

The company has been dillydallying the assignment for the past few years, yet the government seems helpless to do anything except extend the time.

Out of the two years, six months of time will be given to sell the electricity produced from the project through the power sales agreement (PSA) and 18 months for financial closure.

A high-level committee led by the deputy chair of the National Planning Commission Biswa Poudel suggested the government extend the time frame. An Investment Board meeting endorsed the decision recently and sent it to the cabinet for approval.

This means GMR will now have two years to find the funds for the project.

The committee had asked GMR the reason why it had not been able to generate funds for the project. In reply, the company told the committee that the government of Bangladesh had already issued a letter of intent to purchase 500 MW of power for the project that would assure them a return on its investment.

GMR also stated that it needed time to find ways to sell electricity to Bangladesh and had spoken with Indian companies NTPC and NNVN.

After the governments of Bangladesh and India confirmed the authenticity of the company’s claim, the committee decided to give GMR an extension for the project. 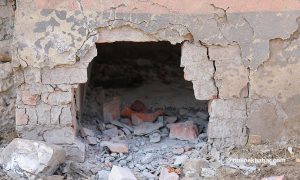