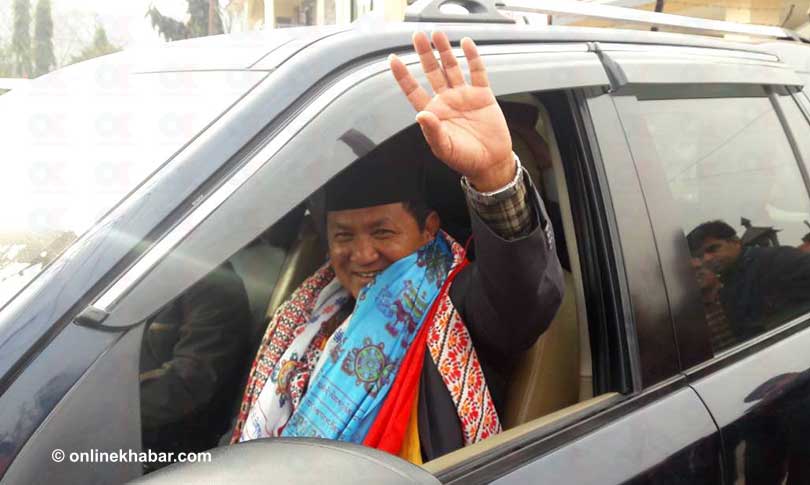 One month after being appointed the chief minister as the leader of the biggest party in the Provincial Assembly despite not having majority votes, Prithvi Subba Gurung lost the vote of confidence in the Gandaki provincial legislative on Thursday.

Gurung was appointed to the position on May 12 and was required to prove the vote of confidence in the next 30 months. Accordingly, he tested it today, but the result came negative.

During the voting held on Thursday, Gurung secured 27 votes, four short to secure his position. Other 30 voted against him whereas one abstained.

Now, Provincial Governor Sita Paudel will ask the parties in the assembly to forge a coalition and prove the majority to form the government.

For the past few months, the Nepali Congress, CPN-Maoist Centre, Janata Samajbadi Party Nepal and Rastriya Janamorcha are trying hard to form the new government under Congress leader Krishna Chandra Nepali Pokharel’s leadership. But, the internal conflict in the three-member Janamorcha has made it a failure.

But, the opposition alliance is now hopeful again as Gurung cabinet’s Youth and Sports Minister Rajeev Gurung alias Deepak Manange, an independent lawmaker, changed his side and voted against Gurung on Monday. In fact, Manange’s move became decisive for the chief minister to lose.