The Nepal Electricity Authority has cut off electricity supply being provided to Ncell Data Centre in Pokhara through a dedicated feeder line since Sunday this week.

Whereas the government-run power distribution monopoly says it cut off the line after the company failed to pay pending bills, the company argues the authority’s act dishonours a court order, creating a situation where consumers may be deprived of the essential service of telecommunications. Further, the company says it has been paying all the bills issued by the authority.

Citing that there has been a miscalculation in the authority’s billing since the installation of the metre at the data centre on September 8, 2012, the authority’s Lekhnath-based distribution centre had asked the company to clear Rs 138 million.

“Data centre is crucial and the backbone infrastructure of telecommunications service and Ncell’s Pokhara-based Data Centre is currently being operated with backup power supply,” the company says, “As the backup power is normally used during an emergency, it cannot keep service up beyond a stipulated time which presents an immediate and significant risk of the data centre being shut down.” 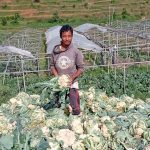