Concerned officials in various districts of the country have continued their efforts to reopen roads and highways blocked due to recent landslides.

Owing to incessant rainfall for the past few days, landslides have blocked traffic movement along key roads in various parts of the country.

In Chitwan of the Bagmati province, four excavators have been mobilised to remove the landslide debris from the Narayangadh-Muglin road at Charkilo of Ichchhakamana rural municipality. The road is obstructed since Monday morning.

Likewise, in Parvat of the Gangaki province, some security personnel and an excavator are working on removing a big stone that fell on the road from a hill. The rock in Kusma of the district has blocked the Pokhara-Baglung road.

In Province 5, landslides have obstructed the Siddhartha Highway at various points and the East-West Highway near the border of Kapilvastu and Dang districts. 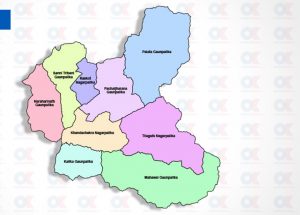