Dr Govinda KC signs an agreement with the government, ending his 19th fast-unto-death, in Kathmandu, on Saturday, October 10, 2020.

Medical education reform activist Dr Govinda KC has agreed to end his indefinite hunger strike on Sunday morning after signing an eight-point deal with the government on Saturday midnight.

Education Secretary Gopi Nath Mainali, the leader of the government-commissioned three-member talks team, signed the agreement with the senior orthopaedic surgeon who was on the fast-unto-death for the past 27 days. It was Dr KC’s 19th hunger strike in the past decade demanding various reforms in the country’s medical education and health service sectors.

Highlights of the deal

The two sides have agreed to address Dr KC’s demands, some immediately and some later.

As per the agreement, the government will finalise drafts of the Higher Education Bill and Integrated Medical Science Academy Bill, incorporating demands of Dr KC about an undisputable system of appointing education officials in such academies and universities.

Meanwhile, the government also expressed its commitment to launching various education programmes including an MBBS course in newly established and under-construction academies.

Dr KC, on his part, has agreed to end the fast on Sunday morning. 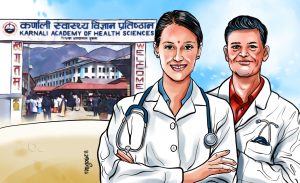 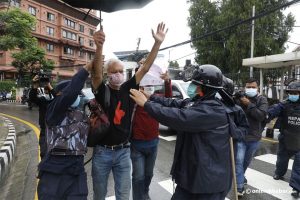 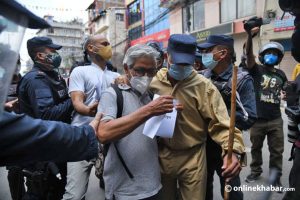