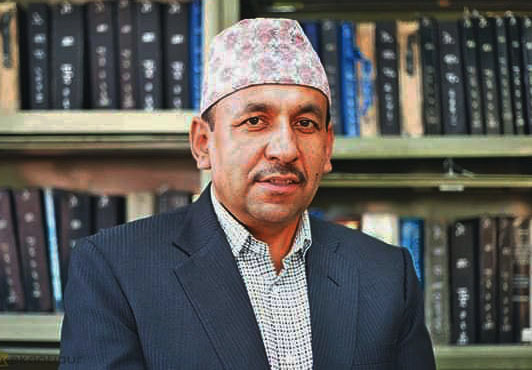 Increasing prices of petroleum products are the talk of the town today. As the state has imposed hefty taxes on the fuels, consumers complain this is a visible breach of consumer rights.

But, while the focus has been the petroleum prices, other aspects of consumer rights are swept under the rug, claim activists working in the sector. Jyoti Baniya, a leading consumer rights activist of Nepal, in this recent interview with Onlinekhabar on the occasion of World Consumer Rights Day, says has presented several such examples.

Baniya, an advocate and the chairperson at Forum for Protection of Consumer Rights-Nepal and Nepal Chairperson for SDG goal 12, has been working in the field of consumer rights since 1993, even before the concept was widely introduced in Nepal. With his academic and experience in the field, he has been making continuous efforts to make people aware and proactive to protect their rights.

When you talk about consumer rights in Nepal, how much do you think Nepalis are aware of it?

It is the bare minimum. If we are to look at the urban crowd, the consumers are aware of consumer rights, at least what the term means, whereas the rural crowds are not. However, neither of the crowd is active when it comes to acting against consumer rights violations. So, if we are to ensure consumer rights, just being aware of the rights is not enough; one has to act upon it too.

The realisation though can be seen majorly in the recent price hikes.

Consumer rights are violated in every aspect of the market. It is seen in terms of production and quality of the goods and services, valuation of the products, government’s proactiveness or implementation of the law.

The sellers are also not being responsible for creating false and exaggerated advertisements that mislead the consumers to purchase the goods.

What are the grave problems of consumer rights in Nepal?

For me, it’s rampant prices. The market is so unregulated that the sellers are demanding rampant prices for their goods and services. The end-users are paying so much more than they have to.

Legally, the sellers are only allowed to charge up to 20 per cent more than their cost price including customs and travel costs. But, here, the cashew nuts that they import at Rs 400 per kg are being sold at Rs 1,700 to 2,100, which is very off-balance. Similarly, cars sold here are priced double the price at the customs points. But people are still buying them.

But, don’t you think the state, not the traders, should have been blamed?

Yes, but ensuring the consumer rights of the end-users is the responsibility of the producers too. Yet, the producers of goods and services are the least bit concerned about the quality of the things they are producing.

Standardisation and metrology are two issues that have been of major concern in Nepal. The sellers are using uneven weights and rigged (digital) scales to sell the products to the consumers. It is hard for an individual to find out they have been robbed.

I agree the government authorities are the least bit worried about what goes on in the market. The officials are politically inclined and feel that market monitoring and evaluation is not their priority. Meanwhile, the Department of Supply Management and Protection of Consumers does not even have the required human resources or the budget to conduct the monitoring.

Until a few years ago, the team used to conduct even random raids or monitoring routines and even take media personnel with them giving them exposure and making people aware. However, today, the monitoring teams only respond to the reports they receive. Also, the government has weakened its monitoring, following the Covid-19 situation, which has resulted in the sellers rampantly increasing prices hampering the end-users more.

Meanwhile, if we look at the ever-increasing fuel prices, it is also unfair to people. Nepal Oil Corporation (NOC) buys in the fuel from the Indian Oil Corporation (IOC) that was purchased some six months at Rs 93 per litre. However, it is selling that at Rs 150 per litre, under the pretence of the rising Ukraine-Russia crisis. Despite that, it is still claiming that it is at a loss. It is irresponsibility on their part.

So, how do you think the problems could be solved?

People continue to be robbed or pay the said amount because they do not have the awareness of consumer rights nor do they have an alternative to purchasing the same.

According to the law, after the federal system is in effect, the local units are required to set up a local market as per the Subnational Governance Program. So far, only Bagmati Province passed the programme but it is yet to set up the market. Meanwhile, Ministry of Federal Affairs and General Administration (MoFAGA) have adopted the programme and working accordingly. Likewise, only 33 local-level municipalities have moved forward with the process so it will be a while before we see a regulated market and ensure the rights of the consumers as per the law.

But, Nepal already has sufficient laws to manage the market. Why are you still hopeless yet?

Nepal has Consumer Protection Act, 2018, which was first introduced in 1998. The act ensures the constitutional rights of every citizen to get quality goods and services, obtain information and file a lawsuit when their rights are violated. Despite the law being on paper for more than two decades, its implementation in every form and manner has been to its bare minimum.

Consumer rights protection is only there in theory, but not in practice, as consumers and sellers are not proactive. Consumers lack awareness. Sellers are practising policies such as [goods once sold will not be returned and consumers are accepting it. They do not know it is against the law.

Sellers need to take the responsibility of providing quality products to the consumers.

But, maybe, the legal provisions are not sufficient. What do you think?

The act ensures that any consumer whose rights have been violated is entitled to get compensation. Likewise, it has provisions for fines from Rs 100,000 to 300,000 or a jail term of three months to one year or both for the consumer rights violators. However, even with the increasing awareness about consumer rights, the violations are not realised or reported. Of the total violations, maybe just 2 per cent are reported. The reports are also reported by the organisation and really by the individuals.

I mean to say the legal provisions might be inefficient but the biggest problem is public ignorance. It’s because when the violations are reported, the response from the authorities has been good.

For example, of the noteworthy events is a verdict made by the Supreme Court in favour of a woman who applied for a job in Israel. She filed a case against a health clinic that gave her fake reports without a proper health check-up that cost her visa and employment. She got a compensation of Rs 600,000.

What can people do in the immediate future to cope with the problems?

First of all, people should be aware of their rights. Then, they should not shy away from asking sellers the cost price of the products for them (the price they paid to purchase them). Law says they can only charge 20 per cent more than what they pay for them, so if they do not want to be robbed, they have to be proactive. Asking the bill for the purchase is another thing to do.

Upon the violation, they can go to inspection officers to report such cases. They can also go to the consumer rights organisations report it to Hello Sarkar and other stakeholders

Along with the consumers, the government authorities have to be proactive to build a systematic structure that benefits the consumers, as per the law. Overall, the sellers, the producers and the officials in the supply chain all have to be responsible for their parts. 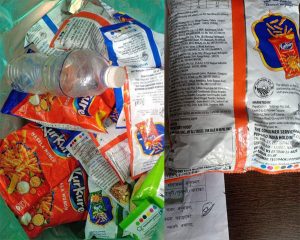