A man has been found dead in mysterious circumstances in Bharatpur of Chitwan on Thursday, July 22, 2021.

Police in the Chitwan district have arrested a person on the charge of murdering a man in Bharatpur of a district on Thursday.

A man was found dead in the city on Wednesday morning. Later, he was identified as Bharat Gurung (36), a Nepal Army staffer and a permanent resident of Dhading.

Looking into the case, one person was arrested on Wednesday afternoon, police claim, adding they also confiscated a pistol from the suspect’s possession.

Earlier, police had found a cartridge of the bullet near the body.

The suspect’s identity and other details of the investigation are expected to come out later this afternoon. 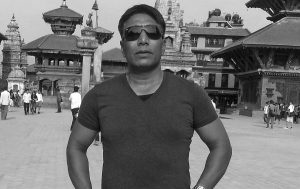