Change your attitude before blaming circumstances 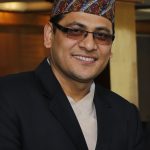 Two professional friends were riding on a car and heading to a seminar. On the way, they saw a public bus crashed. Both came out to help. After the rescue, one of them summarised that it was a bad day because of the unpleasant incident and did not feel motivated for the seminar whereas the other summarised the day as a good one because they could help the needful and got the opportunity to rescue them.

Here, we see that two individuals with the same set of goals, same destination and same scenario have different views. Now, let’s analyse these two persons’ mental state for their respective seminar: who would be in a better frame of mind? Obviously the second one would be and he would effectively participate in the seminar. With the positive intent and better frame of mind, he would be able to actively participate and gain from the seminar too.

Toni Morrison, the 1993 Nobel literature laureate, once mentioned not to quote “bad luck” term from her book ‘Beloved’ for failure or wrong doings. Does the term like ‘luck’ really exist in this day? Many people doubt.

‘Good luck’ and ‘bad luck’ are only two patterns of excuses people use to protect their reluctance. These are results of our own doing.

Let’s consider another example. There were two couples living next to each other, in an apartment. The first couple used to have frequent indifferences and they were very loud in their differences too whereas the second couple had very pleasant relationship and seemed very pleased. One day, the first couple argued loudly and the lady aggressively pulled out the broom to hit her man. At the same the time, they heard giggles from the next door. The man somehow held his lady’s hand and said, “Wait! The couple next door seem very pleasant with each other whereas we are the opposite. Let’s check how they manage it.”

After a mutual agreement, they went to the other couple’s room and asked the people why they did not have any argument. In reply, the husband said, “We too have our differences. She gets aggressive and she tries to hit me with her sandal and brooms. She giggles whenever she hits me and I do when she misses.”

Here, both the couples were in the same situation, but they reacted exactly opposite. The second couple responded to the negative circumstance with a positive attitude, and it made all the difference.

Most of the successful individuals didn’t have favourable circumstances when they started their respective journey towards the success. There are many examples where individuals such as first United States President Abraham Lincoln, legendary Bollywood actor Amitabh Bachchan, who started their career with many failures, but succeeded with their positive attitudes towards their goals. Bill Gates is also an example as he was a school dropout but went on to become one of wealthiest individuals. Steve Jobs, the founder of Apple Company, was rejected in 30 job interviews and Jack Ma, the founder of Alibaba Online Shopping, also falls under the same category. All these mentioned individual had core strength to turn around the non-favouring circumstance by seer hard work, dedication and positive attitude. They never blamed their situation.

Malla is the Deputy CEO of Om Development Bank.

Malla is a banker. 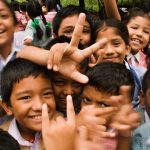 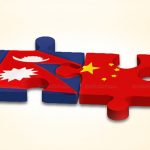 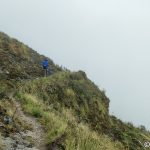 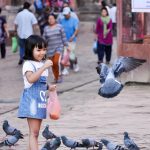 House reinstatement is not enough; Nepal needs a holistic revamp