On August 23, 2022, street vendors reached the office of Kathmandu metropolitan city to submit a memorandum after the city police ordered them to remove their stalls from roads and pedestrian pavements, accusing them of obstructing the smooth movement of the vehicles and pedestrians.

However, Mayor Balen Shah did not receive the memorandum. As the mayor did not give them time, they peacefully returned to the gate of the metropolis and chanted the slogan “We don’t want a mayor who doesn’t listen to the people.”

Shah, who was elected as the mayor in the local elections on May 13, 2022, has been avoiding people since that start as he is not been meeting the general public nor has he been meeting people from the central government. People have started to compare him to the city’s former mayor Bidya Sundar Shakya.

But, why is he running away from his accountability to the public?

Anuradha Koirala, the founder of Maiti Nepal, did not get to meet Balen Shah either. Why? He told her he did not have time. Following that, Koirala complained publically. She had gone to meet the mayor as she was concerned about the condition of former sex workers, most of them are now street vendors, and how their lives have changed after the city government’s decision of removing street vendors without giving them proper alternatives.

In June 2022, a National Assembly committee called Shah to answer questions related to the Kathmandu metropolitan city. However, Shah sent his deputy Sunita Dangol instead, stating he had no time to attend the meeting.

On November 28, 2022, the city police of the metropolis tried to bulldoze a squatter settlement at Thapathali. The next day, the squatters who resisted the demolition went to hand over a memorandum to the mayor. But Shah refused to meet them even though he was at his office. After his refusal, they went back to their settlement and protested.

On January 2, 2023, local residents and activists reached the city office demanding that underground parking should not be built under the historic Khulamanch. However, at the last minute, Mayor Balen Shah’s secretariat said that he was busy and informed them that he would not be able to meet anyone until the third week of January. Deputy Mayor Dangol accepted the memorandum and told the activist that underground parking would not be built without public discussion.

But, the activists had taken an appointment with Shah two days before the meeting. However, on the day of the appointment, the mayor’s secretariat informed them Shah was busy as he had gone to meet president Bidya Devi Bhandari.

Shah, however, who has been avoiding people, was seen welcoming DRS Gaming who recently finished second in the PUBG Mobile Global Championships.

It is clear that Shah is avoiding people as he does not want to answer questions. When the metropolis held its foundation day on November 21, 2022, Shah did not speak much. Journalists tried to quiz him on issues of public importance, but he did not answer.

An official of the city government says Mayor Balen Shah’s main problem is that he does not understand the sentiments of the people.

“He doesn’t think that ordinary people can come to the city office and try to meet the mayor. In his mind, people who come there are mostly brokers, middlemen and contractors,” he says.

According to the officer, Shah understands what is wrong with the city as during his election campaign, he went door to door, listening to people’s problems.

If the claims of the employees are to be believed, Shah considers himself to be knowledgeable in most matters. He thinks that it is not appropriate to waste time discussing such matters with the public. In matters he is unaware of, he uses the help of technology to learn about them.

“In today’s era, why waste time meeting people to find out something,” says the employee quoting Balen Shah, “When you know how to do the work, why should you sit and discuss with others?”

However, it does not mean that a person cannot meet Shah. You just cannot do it the easy way. Sources say Shah can be met through his friend Kumar Byanjankar. Apart from him, the city’s infrastructure consultant Sunil Lamsal and office manager Navin Bhandari can also fix a meeting with Shah.

Another example of how far Mayor Shah is trying to distance himself from the public is the unimplemented Mayor with the People programme. The city’s annual policy for the fiscal year 2022/023 mentions “holding a direct dialogue programme with the public on the first Sunday of every month”. However, the metropolis has not run it yet.

Balen Shah says that due to the increased workload of the mayor, he could not conduct the programme in public.

“Other programmes were given priority over it,” an official says.

But, many city officials say Shah lacks both the strength to listen to criticism and the will to take suggestions. Understanding this trend, Deputy Mayor Dangol expressed her displeasure in the context of Khulamanch by saying that although a decision was made to make a detailed project report (DPR) regarding the issue of underground parking there, it would only be built according to the public’s opinion.

No one, even the city government staff, knows what Shah is busy with. It shows that he lacks managerial skills more than time.

Most of the work he had started after being the mayor has not been completed. This is proof of his ad-hocism. For example, he announced that people needed to segregate waste before throwing it, but the city has failed to implement it.

He even came up with a plan to remove businesses like shops, restaurants and stores occupying underground parking facilities of commercial buildings. But since he bulldozed a few, that has also stopped as not many have set up parking there.

Balen Shah’s plan to uncover the Tukucha river also failed when he was asked to stop doing so by both the court and the Department of Archeology. The reason? Shah was destroying a tunnel built over a century ago. The part which his officials destroyed is yet to be repaired.

The dozer of the metropolis, which was run in Thapathali to remove the riverside squatters against the agreement with the land commission, has now stopped. The plan to remove the slums has been pushed back with the federal government reluctant to cooperate.

The policy of encouraging private toilets to be used for public use seems to have failed. Even though the practice has started in limited places, the metropolis has not made an effort to create an environment where the general public will not hesitate to use it.

The infrastructure ambulance operated by the metropolis to repair potholes is not working efficiently due to a lack of budget. And, the work of filling the holes is being done in the traditional way through contractors.

Even now, Balen Shah is not ready to listen to the voices of the urban poor whose livelihoods have been taken away by the city police on the charge of occupying pavements. But, these pavements, meant for pedestrians, have now become parking spaces for motorbikes and cars.

The problems of garbage piled up on the roads, mismanaged public transport, potholed roads, non-operational street lights, blocked drains, dry water sources, and the black market have not touched the mayor.

A large section is suffering due to the hasty steps taken by Mayor Balen Shah without adequate discussion, homework and an action plan. Even the works that were being done with the right intentions have been stuck because Shah got caught in controversy.

It seems unclear how long the mayor will take hasty decisions without listening to the stakeholders. Even the steps taken with the right intentions have become ineffective when working without assessing the possible consequences.

According to the Local Government Operation Act, 2017, there should be three public hearings every fiscal year. In such hearings, the local government should publicly answer the questions asked by the people about its policies, rules, operations and working style.

Deepak Adhikari, the assistant spokesperson of the Kathmandu city government, admits that there was no public hearing after Balen Shah assumed office.

But, the stakeholders are not happy. Sanjay Adhikari, an advocate and an expert in conservation law, says, “They are representatives elected by us and people like us. They should be accountable to us.”

Federalism and local government expert Dr Khimlal Devkota says that the local governments must be close to the people and leaders such as Balen Shah should not avoid it.

“Everyone’s complaints should be heard, you can’t run away from the question,” he says.

Krishna Hari Baskota, the former chief commissioner of the National Information Commission, says that no one from the local level and its representatives can avoid the people and their concerns.

“It is a matter of ethics to at least listen to the people by holding a public hearing,” says Baskota, “After being elected by the people, the people in any position must be accountable to the people.” 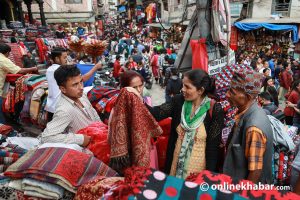