Arnab Goswami fashion in ‘Modia’ and lessons for Nepali media 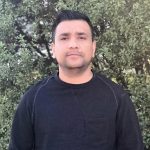 The border dispute between Nepal and India has reached its climax; thrilling scenes are running on palm screens; debates and claims are going everywhere. The Government of Nepal issued a revised and expanded national map comprising Lipulekh, Kalapani, and Limpiyadhura as a clear stand against India’s years-long claim over the territory. It was precipitated by a series of incidents that entailed a strong reaction for the government of Nepal. Keeping everything aside, Prime Minister KP Sharma Oli and the government have been commended and backed up by the Nepali citizens around the globe for this action, but Indian contemporaries at the same time are discontent. This is manifested by a new breed of Indian Media, ‘the Modia’.

It may not be fair to chuck all the Indian media in the same basket; hence, the category ‘MODIA’ constitutes those hypocritical nationalists who can dig anyone’s grave to cash the attention of power centres, especially the BJP and the Modi cabinet, and monetise the fake declarations through their brash anchors. The guiding principle of this very breed of Indian media is populism and indirect capitalism. These media better know what sells and what feeds mass brains. Generic media is expected to disseminate true information, create dialogues, facilitate transformation, and acknowledge audiences, but, the aforementioned Indian media are surreal. Media ethics is just a mediocre slogan for them to drag the disempowered ones to the ground and they do not sense factual input in the creation of contents. In fact, they do not create content; they produce them, polish them with bigotry, and serve on a plate decorated with the throne’s interests. In journalism, creating and producing sound similar, but mean different. Either we take reference from Indian media retaliating Manisha Koirala’s recent tweet or Arnab Goswami’s brash and biased presentation in a recent episode of his debate show, we can only see emotional nationalism, crowd catalysing and rapacity of getting pat on back from power raiders. The surreal madness of Indian media does not end here; they discover Nepal being China’s puppet, which has nothing to do with Nepal claiming its own land. The most intriguing is Indian media have declared the war and put forth the prediction in a series like sloppy Indian TV soaps.

Without acknowledging facts, the Modia have turned Nepalis into parasites who they claim are only alive due to Indian sympathy. Indian media are not even interested in data analysis, in which they could have opportunities to know the pattern of remittance on a bilateral basis. This new breed of Indian media propagates opinions and tries establishing them as truth whilst they are perceived more as a comic show.

People have already forgotten the actual journalism in India; what India has now is the Arnab fashion, in which both media and people do not take each other seriously. The video which went viral some months ago featuring an Indian stand-up comedian Kunal Kamra repeatedly asking Arnab Goswami to speak up in a flight showed that how serious journalism Arnab is doing and how social institutions and civil societies are perceiving this new breed of media in India.

In line with the Arnab fashion, Indian media today are trying to create fear among us. Media opinions on the volume of the army, economy, past position, and South Asian power rivalry are just their soliloquies, through which they assume that they can threaten the mass. We believe media should be thought-provoking, but Indian media today has become threat-provoking, which put none else in remarkable risks, but disseminates the clear message to the world that media in the world’s largest democracy is in big trouble.

The Nepali media and concerned authorities need to stress that incidents become part of the history when time passes by, and history is hypothetically manipulated by substantial parties to position convenience. History can never be a whole-sum fact. In the due course of defending on recent border issues, we do not have any strong evidence than the history, which needs to be manifested in a diplomatically convincing manner. It takes immense patience and composure to endure facts and genuine claims getting bullied. Getting temperamental in the course of defending the false, brash, and modified history may allow the Modia to create wider space to catalyse the impulse of the audience to breach the diplomatic boundaries, which may cause historical accidents.

Nepalis do not want to see the same thing repeating after six decades of leaving Lipulekh, Kalapani, and Limpiyadhura ignored. Accessing populist journalism to reach out wider in such disputes always has diplomatic risks, which can turn one a hero but may put 30 million others in distress. We want a fair-go in our media advocacy because we know the Arnab fashion is nothing but a dystopia.

Nepal is a poet from Rautahat of Nepal, currently studying in Melbourne, Australia.