The death toll in a jeep fall in Isma-4 of Gulmi district in western Nepal has reached six with one more succumbing to injuries during treatment.

Five persons died whereas two others sustained critical injuries when a jeep fell off the road in Isma rural municipality-4 of Gulmi in western Nepal on Friday morning.

The four-wheeler (Lu 1 Ja 1166) fell off the road at Hul, Isma-4, killing five persons on the spot, according to SP Pravin Lal Shrestha, the District Police Office Chief.

The victims have been identified as Dambar Hitan, Shiva Darlami, Basanta Darlami, and Dhan Bahadur Achhami from Isma-4, and Sundari Thapa from Malika-5, according to Isma Police Post In-charge Mohan Lal Adhikari.

The injured are Pharsu Ram Thapa, Saraswati Darlami and Kamal Hitan. The vehicle’s driver, Buddha Basnet, however, is safe.

The vehicle carrying nine people including the driver was heading towards the district headquarters Tamghas from Isma. It fell off the 400 metres down the road.

The injured are undergoing treatment at Gulmi Hospital.

Police have arrested driver Basnet and his assistant Kamal Hitan for further investigation. 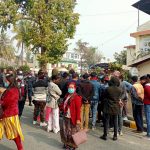 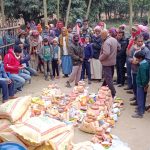