Muktikot village is always in a food crisis. The villagers here struggle to make the ends meet.

Muktikot was known as Dumkot until the mid-1990s, but the Maoist insurgents renamed it to signify their dream of liberation. But, this change has not translated into the real life of the villagers.

There is not any alternative to reach there but to walk for three days from Martadi, the district headquarters of Bajura. In Muktikot, Swamikartik Khapar rural municipality-1, there are about 400 families.

According to the Human Development Report, 2015 and the 2011 census, 64.1 per cent of the entire population of Bajura is below the poverty line. The 2015 report of Poor Households Support Coordination Board Secretariat (PHSCBS) has placed 71.1 per cent of the people of Bajura in the category of the poor. All three reports call Bajura the poorest district in Nepal.

Accordingly, this rural municipality within Bajura is the poorest local unit. The report of the PHSCBS has shown that 75 per cent of the population of this village is below the poverty line.

Muktikot, an old Dalit settlement on the hill, has very little arable land. Moreover, this village is affected by drought almost every year. Even in the year when no drought occurs, the harvested crops only last for some months only, says Aaujani BK.

Muktikot village is always in a food crisis. The villagers here struggle to make the ends meet. Neither is there any employment nor any production.

“It’s been hard to survive from hunger this year,” says Bal Bahadur BK, “Due to the drought, the seedlings have not been able to germinate.”

According to Bal Bahadur, there are only four government employees in the entire village: one is the Nepal Police constable, one is a Nepal Army staffer and the other two are non-gazetted technical staff. Except for these four families having a regular source of income, most of the other villagers are starving.

He further expresses, “Youth of the village who have gone to India in search of jobs have not been able to get it citing the Covid-19 pandemic. And, here in the village, we are in such a situation that we are having to live on one meal per day.”

Aaujani adds, “My husband also has not been able to find a job in India.”

Ashok Singh, the executive director of the Food First Information and Action Network (FIAN Nepal), a non-governmental organisation that recently conducted a study on food crisis and malnutrition in Muktikot, says 95 per cent of the villagers are in extreme food crisis and malnutrition. Out of them, mainly pregnant women and children were suffering from malnutrition. Also, the child mortality rate is also very high in this village.

Janak and Relli BK could not save their four children. As of now, their fifth child, Bikas, is just two months old and is surviving on milk powder as the mother’s milk is not sufficient. Due to that, he has been suffering from malnutrition and is in critical health condition.

As per Singh, not only Bikas, more than 30 children in the village are currently suffering from malnutrition. Last year, six children died due to malnutrition. Ludi BK, who lost her one-year-old son to malnutrition, says, “As I could not have enough food (rice), milk did not come, due to which, I lost my child.”

According to Bal Bahadur, a neighbour of Ludi, most mothers in the village are malnourished. Stating that the government has ignored the dire situation, he says, “Treatment is a distant thing. No one has even come to check the status here.”

Most of the mothers above the age of 32 have given birth to up to seven children in this village. At the age of 32, Janasara has already become pregnant 12 times. She now has eight children.

Even the villagers are unaware of the knowledge of family planning. Due to the tough geography, not only the health workers but also the health information also does not reach this village. The health condition of the mothers who have given birth to many children is very poor. Mainly, there has been the problem of uterine prolapse, but they have not received any treatments.

Malnutrition, unemployment, poverty, high child mortality are not the only problems the people of Muktikot are suffering. Prakash Bam, the principal of Raghumata Secondary School near Muktikot, says most of the students get married before reaching the fifth grade and leave for India. Only Shobha BK, 18, of Muktikot reached 10th grade.

“But, my parents got me married because they didn’t have the money for my further study,” Shobha, who is five-month pregnant currently, expresses, “All my friends are married and most of them also have children.”

According to Bal Bahadur BK, 30 couples all below the marriageable age got married in the last year. “In our village, there are no unmarried people who are the age of 20 and above.” 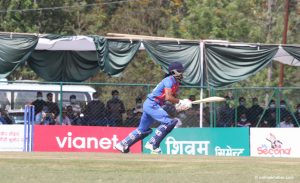 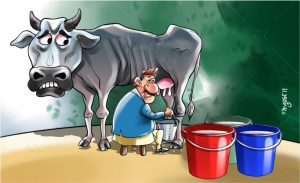 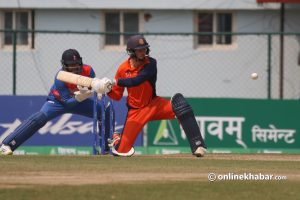 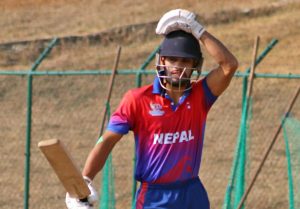 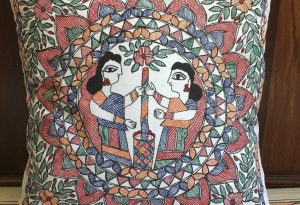 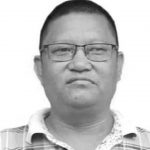