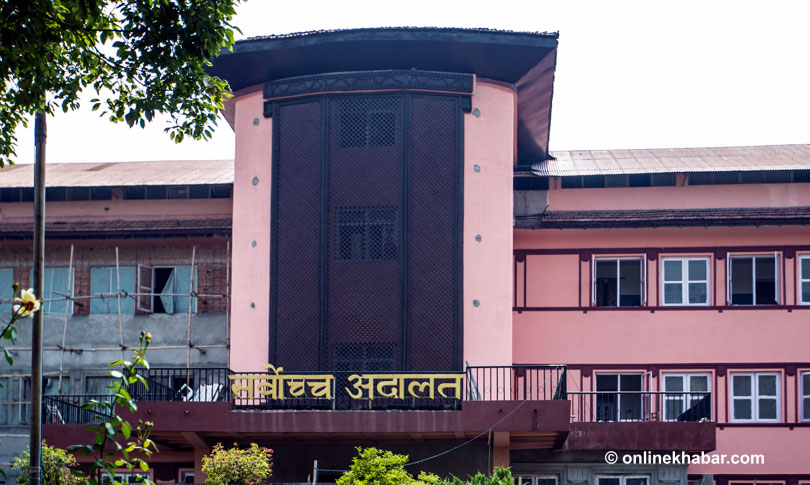 The Supreme Court has upheld the cabinet decision to appoint Dhiraj Pratap Singh as the chief of Nepal Police.

A division bench of Acting Chief Justice Deepak Kumar Karki and Justice Kumar Regmi on Friday upheld the decision and scrapped a writ petition filed by AIGP Bishwa Raj Pokharel challenging the decision. Pokharel was also aspiring to get the position.

The government appointed Dhiraj Pratap Singh to the position of Nepal Police chief on May 1. The decision turned controversial as it was a violation of the seniority order in the national police organisation. Bishwa Raj Pokharel was in the first rank and Dhiraj Pratap Singh in the third.