Series of social evils: He was forced to pay Rs 2 lakh in dowry, but underage daughter eloped. Then, he killed self

June 26 would have been a happy day at the house of Shyam Lal Ram, a resident of Lahan-24 in Siraha, a southeastern district of Nepal. Ram had already sent invitations to all of his extended family members, relatives and friends as his daughter, 19, was going to get married that day. He even had already paid a dowry to the groom’s family. All the arrangements for the wedding day were ready.

Sadly, before the family could experience the happiness that they had hoped for, for years, a heartbreaking tragedy struck them. All of them who were preparing for a wedding celebration are mourning now.

Ram committed suicide on June 25, a day before the scheduled wedding. A part of an evil tradition in his society forced him to kill self.

Leaving his mother, father, wife and two daughters at home, Shyam Lal Ram worked in Saudi Arabia for five years. He had returned home in the first week of February.

Her eldest daughter was 19, appropriate age for marriage for the girls in the Dalit community though it is still underage legally. Shyam Lal also thought of marrying his daughter. After consulting with his father and wife, the family started to search for a potential groom.

Shyam Lal fixed the marriage of his daughter with Mahesh, a resident of Muhiliya, Surunga municipality-4, Saptari. As a dowry, he also had paid the groom Rs 200,000 in cash and four tolas of gold on June 14. The wedding date was fixed as June 26.

However, Shyam Lal’s daughter was having an affair with another man; the family was unaware of it. When she found out that her father had arranged the marriage with another man and already handed over dowry, she ran away with her lover.

Then, the thunderbolt started falling on Shyam Lal. When the groom’s side found out that the girl had run away, the locals held a community meeting, aka panchayat, in the village. Ideally, such problems should have been resolved by local judicial committees, but many Tarai villages practise the panchayat system.

The village panchayat led by the community’s menjan (chief), elders and family members decided on June 24 that Shyam Lal would have to pay a fine of Rs 60,000 to the family of the proposed groom.

This was the ‘justice’ given to Shyam Lal—without receiving Rs 200,000 and four tolas of gold offered as dowry back, he has to give Rs 60,000 more. Shyam Lal could not sleep that night.

Later, the groom’s family informed him, “If the eldest daughter has run away, we are ready to marry the youngest daughter.” Though the youngest was only 17, Shyam Lal gave a thought to the proposal.

He concluded that the groom’s offer was a logical one, informs Yogendra, Shyam Lal’s uncle. “According to the law, it is not allowed to get married in 17 years. However, due to social constraints, we came to this decision.”

Early morning the next day, Shyam Lal called leaders of his community to his home and shared the proposal from the groom’s side. Many were okay with this proposal. However, they demanded that the Rs 60,000 fine is paid immediately by Shyam Lal as a precondition to marry the second daughter.

“Shyam Lal pleaded for a waiver in front of them. But, none listened to him. They were adamant on their decision,” shares his uncle Yogendra.

Yogendra was also one among the ethnic chiefs in the village. But, he could do nothing in this decision. “In the panchayat, I was also treated like a criminal,” says Yogendra. “When the daughter from our family eloped with another man, I was also treated as guilty.”

After having to pay a fine of Rs 60,000, Shyam Lal left the meeting venue saying that he would return soon. But, he never returned.

He was found hanging on a mango tree near Sarekhola along the Govindpur-Jhutki road.

Shyam Lal had agreed to marry his youngest daughter on the same day. If the decision had not been made to pay the fine, the youngest daughter would have had mehndi on her palms. But, now, she is mourning her father’s death.

Shyam Lal’s parents, Genawati and Nathuni, are still alive. Shyam Lal’s wife Sunair Devi is emotionally broken. As, Shyam Lal was the only earning member in his family, his death has left the family starving and grieving at the same time.

Meanwhile, the groom’s side is still proposing to marry the youngest, according to the family.

Shyam Lal’s suicide shows how much evil practices and customs are rooted in the Chamar caste living in the Terai. Dowry and panchayat are small parts of the bigger system.

Lahan-24 ward chair, Kamal Dev Yadav, says, “The panchayat has acted as a judge in this case. Those who made such decisions are criminals.”

Lahan Area Police Office chief, DSP Sharad Kumar Chhetri Thapa, says a further investigation into the case would be carried out after receiving the post-mortem report.

Sunil Sah, a human rights activist in Siraha, says that the evil social norms protected by society have forced Shyam Lal to commit suicide. “I have concluded this suicide is a murder,” he says, “No one takes his life in a moment. There are many reasons for this phenomenon. Many factors play their roles.”

Sah, also an advocate, points out that such incidents should be analysed sensitively. However, he says police have not yet started the practice of conducting investigations at the grassroots level. He further adds, “Society condemns a person who commits suicide and demeans them by giving many nicknames.”

According to him, Section 185 (1) of the National Criminal Procedure (Code) Act, 2017, states that no one should be encouraged to commit suicide or that such a situation should not be created. As per the section’s sub-section 2, there is a provision of five years’ imprisonment and a fine of up to Rs 50,000 for provoking suicide.

Similarly, the law also prohibits taking cash or movable and immovable property in the name of dowry in marriage. Hence, those giving and receiving dowry are guilty in the eyes of the law. Likewise, the practice of underage marriage is also illegal. 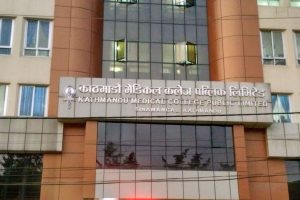 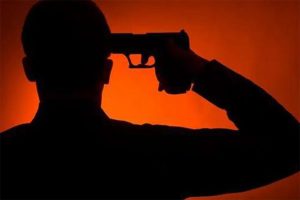