The chief district officer (CDO) of the Sarlahi district and top district officials of Nepal Police and Armed Police Force have been removed from their responsibilities as a video leaked on social media showed them playing cards at the office.

As per the law in Nepal, playing cards is considered a form of gambling, which is illegal in the country.

Now, their departments will launch an investigation against them and take further action.

The Ministry of Home Affairs replaced Mahato with Baburam Khatiwada whereas Nepal Police and the APF sent SP Krishna Prasain and SP Bharat Khaniya respectively to replace Rathaur and Shrestha. 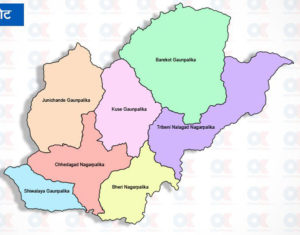