Lamichhane will play for the Hobart Hurricanes for the second season in a row.

Sandeep Lamichhane has been resigned by the Hobart Hurricanes for the upcoming season of the Big Bash League. He is the only overseas player to be contracted by the Hurricanes so far.

Having played two seasons with the Melbourne Stars, Lamichhane signed with the Hurricanes last season and played eight games. This was the only franchise cricket he played in 2021 as he has been unlucky with other tournaments.

Lamichhane missed out on Vitality Blast this year due to a visa delay. His luck with franchise cricket has been awful this year as he did not get to play in The Hundred due to visa issues even though he had a valid visa.

He had signed with the Trinbago Knight Riders in the CPL in May, but with Nepal playing two ODI series in Oman, it is likely that he will not play for them either. 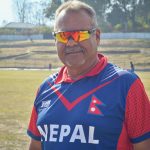 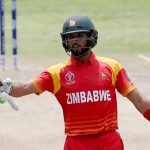