But, whether is it worth the money it requires you to pay is a critical question to discuss.

Let’s get into the details of the watch.

Samsung Galaxy Watch 5 Pro comes with revamped looks compared to its predecessor, Galaxy Watch 4 Classic. The watch now gets sharper edges, weighs lighter and is also thinner than the previous generation. There are no rotating bezels on the watch this time around instead gets a physical button and the back panel is still made of plastic. It offers premium titanium casing, which is said to be the most durable in the new Galaxy watch series. Meanwhile, the strap provided on the watch is made from silicone.

Talking about durability, the new Samsung Galaxy Watch 5 Pro is certified with 5ATM and IP68 certified for water and dust resistance, plus MIL-STD-810H, which is the latest version of US Military Standard.

The watch weighs around 46.5 grams and is only available in the 45mm variant. The colour options on the watch include black titanium and grey titanium.

On the front is a 1.4-inch Super AMOLED display offering 450 x 450 pixels with 321 PPI density. The watch gets a thick bezel, which gets slightly elevated above the display, which provides additional protection. Also, the display gets protection from a sapphire crystal layer, which is said to provide better protection than Gorilla Glass DX used in the previous generation

Samsung Galaxy Watch 5 Pro runs on the same Exynos W920 (5nm) chipset seen on the previous generation of Galaxy watches. The software used by the watch is One UI Watch 4.5 based on Android Wear OS 3.5. There are also multiple watch faces for the users to choose from and are customisable as well.

Samsung Galaxy Watch 5 Pro has almost every health feature you can expect from a premium smartwatch. Samsung Health is the companion app for the watch. The watch can track the user’s whole day’s activity from normal walks to sleep and even heart rate. The watch also has several automatic workout detections.

The watch has a three-in-one bio-active sensor at the back. It measures ECG and blood pressure monitor features, but they only work when the watch is connected to a Samsung Galaxy smartphone. The watch also counts steps and calories and supports up to 90 exercises, which can be a great reference for those starting the workout and dieting. With the app, users can track their progress pretty well.

The sleep tracking feature has hugely improved on Samsung Galaxy Watch 5 Pro. The watch is able to break down sleep into deep, light, restless and REM sleep. The watch can also track snoring data, for which the user has to allow access to the microphone.

Battery, compatibility and other features

Samsung Galaxy Watch 5 Pro has got a massive 590mAh battery backup. It can be charged with a wireless charger. The battery should last up to 80 hours on a single charge, which is not so impressive and should have been more considering the price and the “Pro” tagline it has.

The watch is compatible with devices having Android 8.0 or higher. However, to unlock the full potential of the watch, the user should have a Samsung Galaxy smartphone. So, it is more like getting into an ecosystem for Samsung users.

The trackback and route loading features are something to look forward to on the Pro version, but it is not a deal changer as there are plenty of third-party apps that can do the same.

The price of the Samsung Galaxy Watch 5 Pro is Rs 64,999. This is a huge increase in the price compared to its predecessor Galaxy Watch 4 Classic, which also provides almost the same features and runs on the same processor as the new model. Also, Huawei GT 3 Pro, which costs way less provides the same durability and even more features than Galaxy Watch 5 Pro.

The base model of the new Samsung Galaxy Watch 5 also offers almost everything the Pro variant is offering. The Pro variant is more durable, has better battery life and has a GPS file-loading feature. But, the differential margin is not extremely huge between them. So, if you can compromise those things, you can get the base model at just Rs 39,999. 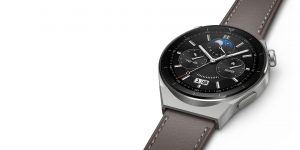 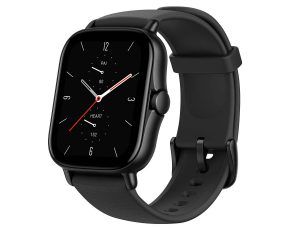 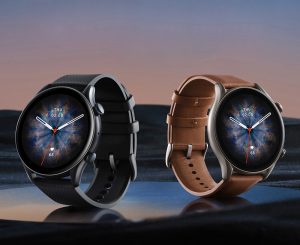 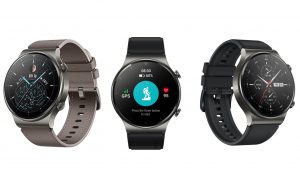