Regulators of the regulators

A prime example is a recent dispute between the Nepal Electricity Authority and internet service providers, due to which the consumers who have paid for internet continue to suffer. The NEA cut off wires of the ISPs claiming they did not pay the rent of using the utility poles.

The crackdown, however, did not continue for long as the ISPs turned more powerful than the NEA. Apart from that, the NTA has also not been able to take any action against ISPs that have taken money from consumers but refuse to pay the NEA.

“Service providers have been dominating regulatory bodies for a long time. This is quite bad for the consumers and the country in general,” says Adhikari.

“Interest groups have been paying a lot of money to those in power and leading these regulatory bodies. They will always work for their benefit and don’t care about consumers,” says Trital.

He is right. There are many examples of regulatory bodies disregarding laws to work for the benefit of the service providers.

As the world was battling Covid-19 in March 2020, insurance companies in Nepal brought a policy, according to which they would insure people against the coronavirus infection. There was a plan to insure people up to Rs 100,000. But, as the number of Covid-19 cases started to rise, the insurance companies cancelled the policy. Citing that too many people had been infected, they said they could not pay everyone.

But, Beema Samiti’s information officer Nirmal Adhikari says the issue is under review at court, adding people would get their money if the government gave money to the insurance companies to pay people.

If you think Beema Samiti is bad, wait till you hear about the Securities Board of Nepal (SEBON), the regulatory board for Nepal’s capital market. According to its law, insider trading and share cornering are illegal. But, SEBON is yet to take action against anyone who has been involved in insider trading or share cornering.

On the contrary, officials from SEBON have been involved in these activities as its Chairman Bhishma Raj Dhungana was sacked by the government following insider trading allegations. With people like Dhungana and others involved in manipulating the market, the only ones to suffer from this are regular investors.

Now back to the NTA… Had the NTA worked towards making service providers follow its rules, the per-minute cost of calling from one network to another would be Rs 0.44 cheaper than the current rate.

The NTA on April 2, 2020, made public the Nepal Interconnection Guideline that said that the per-minute cost of a phone call would be set at Rs 0.10. But, service providers have disregarded it and have been charging whatever they feel like. The NTA has just been sending warnings to these service providers, but experts believe it is just a formality.

If decisions made by regulatory bodies were upheld, things would be a lot different. But, due to political appointees leading them, not much is done by them.

On April 1, 2015, the Department of Environment banned the distribution, production and import of single-use plastics that were thinner than 40 microns. But, that ban was not effective at all. A similar decision was made in July, but as in 2015, people are still using these plastics as producers have pressured the government not to take action against its use. The influence of producers goes so high that they have even made the department change wordings on its directive and make it vague enough to carry on producing and distributing plastic bags.

Taxis have been cheating people for years as they refuse to switch on their metres. Regulatory bodies responsible for both the public busses and taxis like the Department of Transport Management, Traffic Police and Department of Commerce have turned a blind eye to all of this as they let transport entrepreneurs do as they please.

The Civil Aviation Authority of Nepal is also in the same bracket. Last week, an NAC aircraft that was supposed to go to Rukum landed in Nepalgunj as the pilot operating the aircraft had exceeded the number of hours he could fly. CAAN has not warned the NAC from repeating this incident as it failed to act strictly. A similar incident was reported in 2021 when a Summit Air pilot had clocked over 12 hours flying. CAAN was mum even then.

The Department of Commerce, Supplies and Consumer Protection is another government body that just does not care about the consumers. Mentioning that it has not received any complaints, it turned a blind eye to businesses doing as they pleased.

In January 2020, poultry businesses destroyed 3 million chicks and 35 million eggs as they cited oversupply. But, a few days after they did that, the price of chicks and eggs skyrocketed. As that happened, the department did nothing apart from sending warnings. No action was taken against anyone.

The department also did nothing when the price of cooking oil increased in October 2020. It was odd that the price of oil had gone up because the raw material for the oil is brought into the country customs-free. But, the department, having known that, did nothing.

Consumer rights activist Madhav Timilsina says the manner in which businesses are allowed to charge whatever they want under the nose of regulatory bodies is quite disheartening.

“The only people this system favours are middlemen and businesspersons. Local producers and consumers should feel that they are cheated,” says Timilsina.

Rights activist Jyoti Baniya says that business determining the price of objects is quite wrong as it will create a monopoly in the market.

“Law gives regulatory bodies the right to jail people for up to 10 years. But, the Department of Commerce doesn’t take action,” he says.

Escaping due to lack of laws

It is quite evident that regulatory bodies are not capable of stamping their authority on service providers or businesses. But, there is another problem they face – a lack of laws and policies. Despite the NEA claiming that load shedding has ended, consumers still have to go through regular power cuts that are taking place without pre-notice or warning. As this is happening, the Electricity Regulatory Commission is a mute spectator.

If the commission was serious about its job, the NEA would have had to explain itself and/or face action.  The government even drafted the Electricity Regulatory Commission Act, but it is yet to make rules and directives about how to take action against bodies like the NEA.

Experts say the primary reason why regulatory bodies do not function smoothly is a lack of ability and honesty. Economist Adhikari says the only decent regulatory body in the country is Nepal Rastra Bank. This he says is only because of capable and experienced personnel.

Former executive director at the NRB, Gopal Bhatta, says decisions of the regulatory bodies are based on who makes them.

“We need to be transparent and honest. We need to rise above personal agendas and work for the benefit of the body that we serve. If we don’t, regulatory bodies will not make sense,” says Bhatta. “Sadly, here, people don’t think that and have been working despite having a conflict of interest.”

Former chief of the CIAA, Nepal’s anti-corruption body, Surya Nath Upadhayay says the reason for poor regulation is the government rarely appoints people who are capable but chooses people it is comfortable with.

He adds as with bodies like the CIAA and the Office of the Auditor-General not working to their full potential, the regulatory bodies get the leeway.

He says that it was about time the government stopped appointing people who had a conflict of interest as he calls for appointments based on their ability.

“If we are able to clean the authorities, we can change the country,” says Upadhayay. 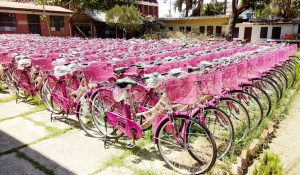