The Phatuwa Bijayapur town in the Rautahat district of southern Nepal has been tense on Monday as a local Maoist Centre leader is killed in a road accident on Sunday.

Locals claim the Sunday incident was not accidental but intentional and police are trying to spare the responsible people. They have vandalised a local police office.

Locals claim the local police post chief Bishnu Bishwakarma sent the body for post-mortem without preparing a field report in a bid to spare the culprit.

Meanwhile, following the protest of locals, police lobbed three tear gas shells and baton-charged the demonstrators to contain the demonstration. One local and two police staffers have sustained injuries in the clash, informs Bishwakarma. 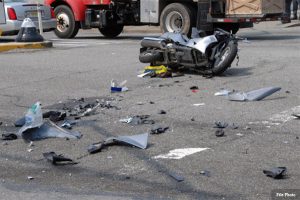