Nepal has started exporting electricity that could not be consumed due to an increase in power generation to India.

According to the Nepal Electricity Authority, electricity generated from Trishuli and Devighat hydropower plants will be exported to India.

Electricity for each block is sold at different prices. India has set a limit of INR 12 per unit. Accordingly, Nepal will get a maximum price of INR 12 per block. On average, electricity will be sold at Rs 6.28 per unit, says the authority spokesperson Suresh Bahadur Bhattarai.

According to Bhattarai, technical preparations are being made for the sale of electricity from Kaligandaki A Hydropower Project to India.

The authority has also called for tenders to sell the surplus electricity produced in Nepal during the monsoon at competitive rates to India. Proposals have been sought from Indian companies for the sale of 200 MW of electricity generated from hydropower projects in Nepal.

India has given approval to NEA for sale in the Indian market considering the electricity generated from six power plants in Nepal as a source. The electricity stored in the country will be exported through Dhalkebar-Muzaffarpur 400 KV inter-country transmission line. 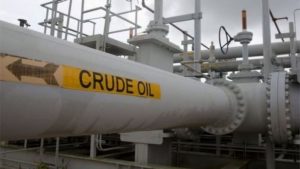 Crude oil price is at the lowest in 8 months. Will it impact Nepal?