Waste piles up on a roadside in Kathmandu in August 2021. Photo: Aryan Dhimal

Prime Minister Sher Bahadur Deuba has urged the chief of the Department of Roads to clear roads to the Sisdol landfill site in Nuwakot so that waste trucks can supply waste from the capital there.

After Kathmandu Mayor Bidya Sundar Shakya, Deputy Mayor Hari Prabha Khadgi among others met Prime Minister Deuba at his official residence in Baluwatar, requesting him to solve the problem, Deuba immediately called the department chief Arjun Jung Thapa and directed him to repair the road immediately.

Citing the bad road conditions, the metropolitan government has failed to dispose of the waste for over a week in the city. Consequently, the capital has turned stinky.

Whereas around 150 trucks would reach the site in normal times, these days, hardly 50 vehicles take the waste there every day.

Meanwhile, the city government’s leadership also requested the prime minister to expedite the construction works for the new landfill in Bancharedanda of the district. 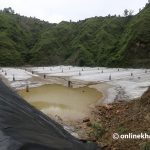 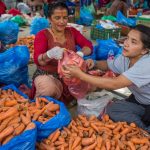 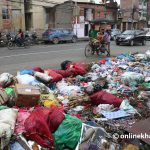