Nepal’s sole international airport in Kathmandu remained closed for some hours due to fog-induced low visibility on Friday morning.

The Tribhuvan International Airport administration says it could not operate dozens of domestic and international flights this morning due to low visibility.

The airport spokesperson Prem Nath Thakur says some aircraft are hovering in the sky upon their failure to land in Kathmandu.

Some other airports across the country have also halted the flights due to the same problem.

The Meteorological Forecasting Division under the Department of Hydrology Meteorology has reported dense fog and clouds in the Kathmandu valley and some districts of Nepal’s southern plains this morning. 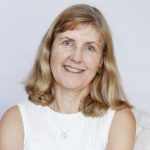