The imminent split in the Janata Samajbadi Party Nepal (JSPN) is becoming almost official today with the two leaders–Upendra Yadav and Baburam Bhattarai–calling different meetings at the same time.

Around two weeks ago, the two leaders had agreed to part ways without criticising each other publicly. According to the same plan, different meetings have been called, according to a leader of the party.

The leaders have agreed to ask their central committee members and lawmakers to choose which side they want to be on. It is likely that the Yadav side will retain the official recognition of the JSPN as it commands the majority.

It means the Bhattarai side will have to form a new party.

The party had split in July last year also with the Mahantha Thakur-led group splitting. 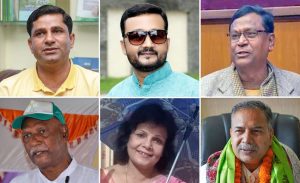