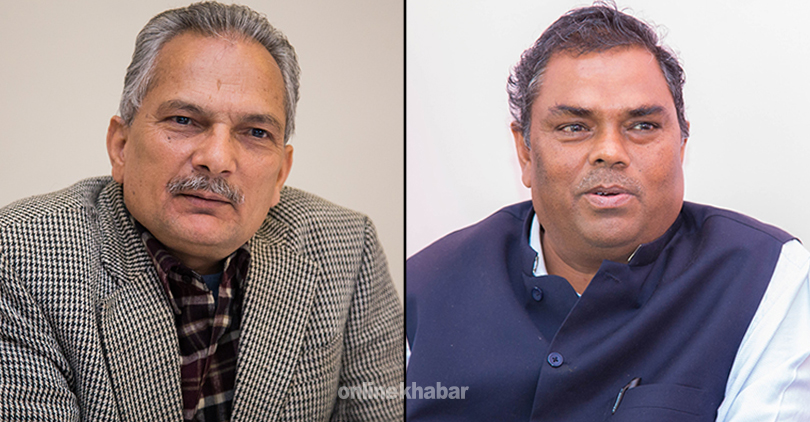 The Election Commission has decided that the Baburam Bhattarai-Upendra Yadav faction of the splitting Janata Samajbadi Party Nepal is legitimate, hence, it carries the name, election symbol and other entitlements of the party.

With the decision, the Mahantha Thakur-Rajendra Mahato side has been asked to register a new party with a new name if it wants to continue as a party.

The election commissioners made the decision on Monday after counting the number of the party’s central executive committee members to decide which side holds the majority support.

Of 51 members of the committee, 34 supported Bhattarai-Yadav while there were 16 on the other side. One, Resham Lal Chaudhary, remained neutral.

On Thursday last week, the constitutional body had heard advocates of both sides at the commission office.

Earlier this month, the two sides had decided to split and urged the commission to decide which side would carry the legitimacy as the JSPN. After the two sides sought recognition from the constitutional body claiming they took action against the other side, the commission had called both sides for a discussion, but the efforts had failed.

The party formed in April 2020 with a dramatic merger between the then Rastriya Janata Party and Sanghiya Samajbadi Party split as a group supported former Prime Minister KP Sharma Oli’s decision to dissolve the House of Representatives whereas the other was against it. Both factions, however, had supported new Prime Minister Sher Bahadur Deuba when he got the vote of confidence in the House earlier this week. 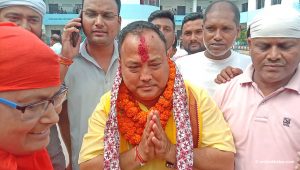