It is said that destruction gives opportunities for reconstruction. After the catastrophic earthquake of April 2015, there was a hope that the disaster would open up doors to rebuilding the haphazard urban settlements and building integrated settlements in rural areas.

The reconstruction campaign, which has been going on for about seven years, has focused on rebuilding private houses as well as government and public infrastructures. But, relocating risky settlements and building houses in integrated settlements through land pooling and house pooling has not been completed. This dream promised at the beginning did not make it into the reconstruction ‘canvas’.

Though the National Reconstruction Authority, recently dissolved, had been telling the success stories of reconstructing 800,000 private houses, it has failed in the development of integrated housing areas, and it is not hidden.

According to infrastructure experts, if households scattered in the hilly areas could be brought together, it would have strengthened the social unity, harmony and security. It would have helped in systematic urbanisation and tourism promotion.

Some social engineers, organisations and locals have built integrated settlements with the help of various places. They built a model settlement for a few hundred households that gave a ‘trademark’ picture of the reconstruction. Nonetheless, the government failed in its initiative and its contributions have been insignificant.

If the government had integrated high-risk settlements identified after the earthquake, there would have been more than 500 newly integrated settlements by now. But in these six and a half years, the NRA stayed satisfied with the rehabilitation of the old settlements only, ignoring a promising solution.

Mistakes from the beginning

Urban infrastructure expert and former secretary Kishor Thapa recalls that a policy was formulated to move ahead with the post-earthquake reconstruction in an integrated settlement modality.

“But, during the implementation, the work only got done to achieve numerical results. We went to the villages with quotas to distribute private housing instalments to the affected people, mobilised and coordinated with different organisations to reconstruct temples, schools and hospitals.” But, as the officials did not assess the situation for the reconstruction, they lost an important opportunity to work together with the villages and towns, he adds.

According to him, there was pressure from the political parties and the media to not delay the construction of private houses, and the reconstruction was hastily moved ahead due to the same pressure. But, Nepal failed to show any exemplary work. “We failed to bring the communities together, one by one.”

The NRA was set up to mobilise big budgets, but in the competition among the political parties to put their closed ones in the leadership, the plan to construct integrated settlements took a backseat.

Three years after the earthquake, the NRA had approved the Integrated Settlement Development Procedure (2018), according to which the local governments would be given the responsibility to develop an integrated settlement of up to 99 households. Following that, there was a provision made to provide conditional grant money for infrastructural work through the District Level Project Implementation Unit. But, no one could be attracted to the arrangement.

Even Govinda Raj Pokharel, who became the chief executive officer of the Reconstruction Authority twice, admits that a great opportunity–to establish integrated settlements and work together–has been lost. He asserts that the failure to put the initial foundation for the reconstruction led to the failure.

Recalling his first tenure, Pokharel says he had advertised and called for experts to study and recommend the way forward for the integrated settlements. Pokharel says even if just 20 per cent of the 9,000 people died and 800,000 houses damaged had been relocated, it would have been an achievement.

But, it is a challenge in itself to awaken a communal feeling in people instead of love for an individual property, he says.

After the earthquake, it was necessary to relocate the houses from the risky areas and turn them into integrated settlements. However, the local bodies gave permission to build new houses in the settlement area. Meanwhile, no attempt has been made to stop the unauthorised construction either.

According to government standards, local governments are required to implement full or partial risk-sensitive maps. And as per the National Land Use Policy (2013), land issued for a certain purpose should be used for that only. However, neither of the laws have been implemented.

Tara Nidhi Bhattarai, a geologist, says there is a need for in-depth study of high-risk seismic areas and an appropriate budget for it, but the government has not shown any interest. “And, due to the delay in identifying the risk areas, the local governments have not been able to remove houses from the risky areas.”

On April 7, 2017, the NRA had implemented a new procedure, according to which, the government gave households up to Rs 200,000 for purchasing land in a safe place. The procedure also provided that at least ten families from the affected settlements would form a user committee to encourage the relocation of their settlements in safe places.

Issues such as the gradual establishment of infrastructures including roads, drinking water, electricity, health centres and educational institutions to meet the basic needs of integrated settlements were also included in the working procedure. Despite the provision, no initiative was made.

On the other hand, the survivors did not show interest to live in the newly integrated settlement built by non-resident Nepalis in Laprak, Gorkha. They are living in a risky, old area.

Many of these settlements have been hit by landslides since the quake in the monsoon. Geologists have concluded that Melamchi was hit by catastrophic floods this year after the land was torn apart by the earthquake.

The 2015 earthquake also provided an opportunity to rebuild old settlements in Kathmandu and other areas in their original design. Experts suggested capitalising this time and shifting to house pooling.

But, it failed as some locals, who had initially agreed and submitted applications for integrated settlements pulled out given a lack of common policies.

According to experts, a commercial joint housing scheme, another form of integrated settlement, also could not be promoted in the city after the earthquake. Because there is less land left in Kathmandu, there is no alternative to high-rise apartments. However, such structures were considered to be unsafe by many after the quake.

After the quake, the Department of Urban Development and Building Construction listed only six apartments in the Kathmandu valley as habitable. Engineer Suraj Shakya says that there is no risk of speculation as the pillars of any apartment were not damaged. “The walls are just cracked. The buildings to be built now need to be strengthened.”

According to Meen Man Shrestha, the president of the Nepal Land and Housing Development Association, most of the apartments that were built after the earthquake have been sold. But, in recent years, the new projects have not progressed.

According to Shrestha, apartment builders have been discouraged by the new rule that apartments can be built only in a pyramid style. “For some time now, there has been no construction in Kathmandu, so it is necessary to loosen the rules of apartments,” he adds.

“The government has to take decisions now, for the future.” 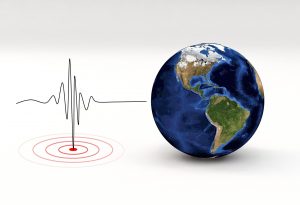