In Nov 26 polls, Dolakha will have most candidates, Manang least

Dolaka of Province will have the highest number of first-past-the-post candidates in the first phase of elections to the House of Representatives and provincial assemblies scheduled for November 26.

Likewise, Manang district in Province 4 will have the least number of candidates.

Dolakha is followed by Ramechhap in terms of the number of candidates aspiring to compete for the elections.

Mustang, the neighouring district of Manang, has witnessed the registration of lowest candidacies after Manang. Two have filed candidacies for one seat in the House of Representatives and six for the State Assembly that has two electoral constituencies.

According to the Election Commission, altogether 807 people have filed their candidacy for the first phase of the House of Representatives and State Assemblies elections. 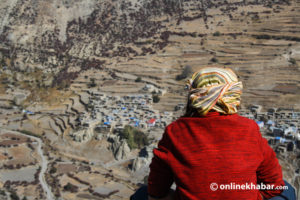