Things are definitely not moving forward the way Kamal Thapa’s ‘roadmap’, which he presented in New Delhi, had imagined it would. But India has softened its stand, and it has eased supplies from all custom points on the Indo-Nepal border, except for Birgunj (Raxaul). The Madheshi Morcha has also not announced another round of tough protests.

The taskforce set up by the government and the Madheshi Morcha has been busy hammering out details of an agreement to end the Madhesh protests. It is going over the Morcha’s 11-point demand, one at a time, and trying to come up with a win-win solution for all parties involved. But the pace of these negotiations is slower than what the commoners would want it to be. Looking at the way things are developing, there are two possible outcomes from the ongoing negotiations.

The first one leads to a written agreement. This would create a win-win situation for all sides, and would entail the formation of a political mechanism to settle disputes related to the demarcation of provincial boundaries.

Although the Morcha has presented a list of 11 demands, its main demand is related to the demarcation of provincial boundaries. The Morcha, which had been maintaining that it would not fall for empty promises this time, has now indicated that it also would be ready to settle the issue through a political mechanism. But it wants the government to allow the Morcha to have the final say on the terms of reference of the mechanism.

The Morcha has already prepared an eight-point draft ToR for the committee. According to sources, the draft says that Jhapa, Morang, Sunsari (in the east) and Kailali and Kanchanpur (in the west) should be given ‘disputed’ status, and that “there shall be two provinces in the Madhesh.”

The draft also says that the committee has to reach a unanimous decision on the demarcation issue.

For the Morcha, one other issue — delineation of electoral constituencies based on population — may not be as important as the one related to provincial boundaries, but it still remains crucial. It has not accepted the constitution amendment bill tabled by the government to address this issue.

But Nepali Congress’ Bimalendra Nidhi has registered an amendment to the bill. According to sources, the Morcha is likely to accept Nidhi’s amendment — it has neither protested nor supported it so far.

However, UML has not owned up to Nidhi’s amendment, and that could trigger the collapse of the entire process.

There would not be any agreement between the Morcha and the government, but the Birgunj crossing, from where 70 per cent of Indo-Nepal trade takes place, will open, at least for a few days.

It seems that Prime Minister KP Oli and the UML are in favour of this path. Prime Minister KP Oli is preparing to visit India in February, and Delhi has also said it is keen to welcome Nepal’s Prime Minister. Oli has requested India to resume trade through Birgunj before his visit to India. Sources claim that India has indicated that it would do that after the amendment bill is passed, for it also wants to water down anti-India sentiments brewing in Nepal. But doing all that without reaching an agreement with the Morcha would not be sustainable. Morcha sources say if the government does not address the Madhesh movement before Oli’s visit to India, the Morcha will start lobbying with Indian leaders in New Delhi against the visit. The Morcha may not be able to prevent Oli from going to India, but it might again resume its ‘blockade’. In that case, Delhi may take the Morcha’s side yet again.

If the situation takes such a course, Oli, who has been presenting himself as anti-Indian ‘nationalist’, would meet a spectacular fall. India will be able to tighten its grip on the Madheshi Morcha because without its support any future andolan will not be successful. 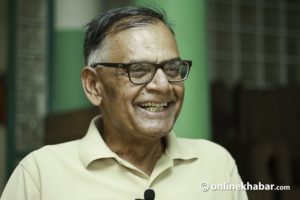 CK Lal: Madhesh is defined by ethnicity, not geography 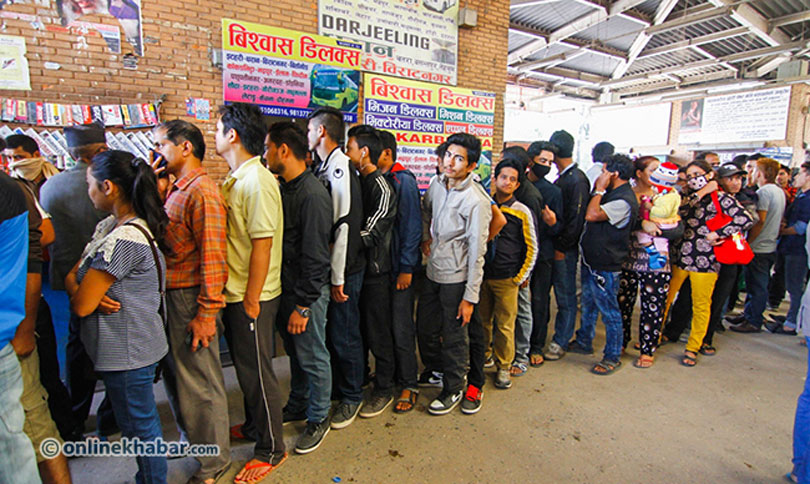 Booking bus tickets early for Dashain likely to be impossible