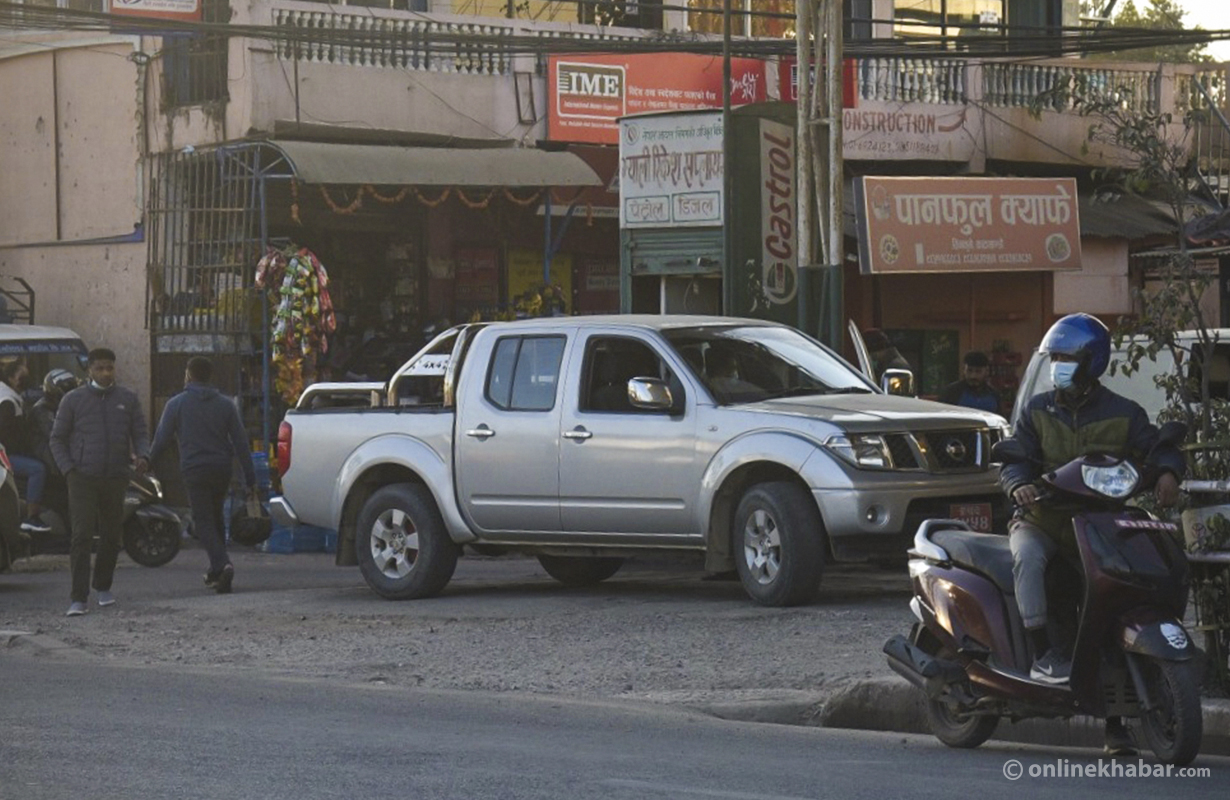 Four motorcycles got destroyed when a fuel station caught fire in Gwarko of Lalitpur on Sunday evening.

Because the fire was controlled quickly, it could not expand to adjacent residential houses, but apparently, it terrorised the locals.

Although the neighbouring community could be saved from fire this time, experts and officials say several such settlements are living under a constant terror as there are many fuel stations operating inside them in the capital.

Nepal Oil Corporation’s Officiating Executive Director Sushil Bhattarai says the incident has set off warning bells that such stations amid residential houses could cause human casualties and loss of properties anytime soon.

The corporation officials claim such stations have not met the minimum safety standard set for them, claiming just abiding by the rule will ensure safety.

As per the rules, a station needs at least 750 square metres of land. It has to be at least 20 metres away from the road whereas the minimum distance between two stations should be 300 metres.

But, most of the stations in the valley have not followed any of these rules. There are around 150 fuel stations in three districts of the capital; of them, around 125 are adjacent to residential houses or other businesses. Some stations in Tripureshwor, Teku and Maharajgunj are just beside the road.

Likewise, the fuel stations should have efficient infrastructures and equipment for fire control, but the stations in Kathmandu lack them. Fire control expert Kishor Kumar Bhattarai says the Ujjwal Petrol Pump in Gwarko, which caught fire this week, even did not have a basic fire extinguisher that meets the standard whereas the staff did not know how to operate it.