Experts and stakeholders have expressed concerns over the recently unveiled integrated foreign policy of Nepal for its content and the way it was prepared although they agree that it was a positive development per se.

For the first time in history, Nepal had made public its integrated foreign policy on Sunday.

The main opposition party in parliament, Nepali Congress, has commented that it was not consulted while preparing the policy. The party’s leader Prakash Sharan Mahat, when he was the foreign affairs minister, had also formed a team to prepare such a policy, but the cabinet did not endorse the task force report.

The main opposition’s dissatisfaction could lead to a situation that a new policy would be formulated when the government would change next, and hence, it is not good, says geopolitical expert Chandra Dev Bhatta.

“The policy’s ownership would have increased if major political parties had been consulted,” says former ambassador Vijay Kant Karna.

There are some comments on the content also. Bhatta says many ideas included in the policy such as the national interests, the new world order, and soft power have not been well defined.

Former prime minister Baburam Bhattarai has commented that the policy looks like a combination of wishlists extracted from reports of various non-government organisations.

Former deputy prime minister Kamal Thapa, however, has considered the policy positively saying the shortcomings could be corrected gradually. 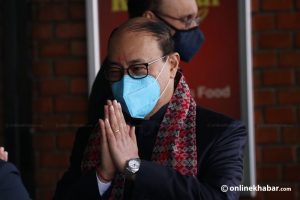