The Everest Premier League (EPL) has said that it has filed a writ petition at the Supreme Court against the Cricket Association of Nepal (CAN) asking the apex court for an interim stay order to stop CAN from going ahead with its plan to start its own T20 league.

In a statement released on Thursday, the league organisers have said that its founders and all six franchises have unanimously decided to seek appropriate legal recourse as per the prevalent laws of Nepal.

“We have full faith and humbly believe the judiciary will grant us an appropriate remedy,” the EPL statement reads.

The organisers also say their statement released on May 23 was not a threat to CAN. In the statement, the EPL had said that all six franchises that are owned by the country’s leading corporate groups would be boycotting all sporting programmes CAN will hold from now onwards.

“The sole intention of the press conference held by EPL and other stakeholders was only to request CAN to hear our request and grant us approval to organise the 5th edition of EPL-T20. It is reiterated that no threatening remarks were directed at CAN in any manner whatsoever,” says the statement.

The statement also says CAN is going against the laws of Nepal to private agreement with a foreign company that would be used in the broadcasting of the forthcoming Nepal T20 League.

“We feel it’s non-transparent, arbitrary and deeply encroaches our legal and constitutional rights.” 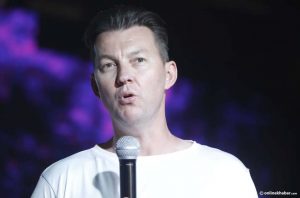