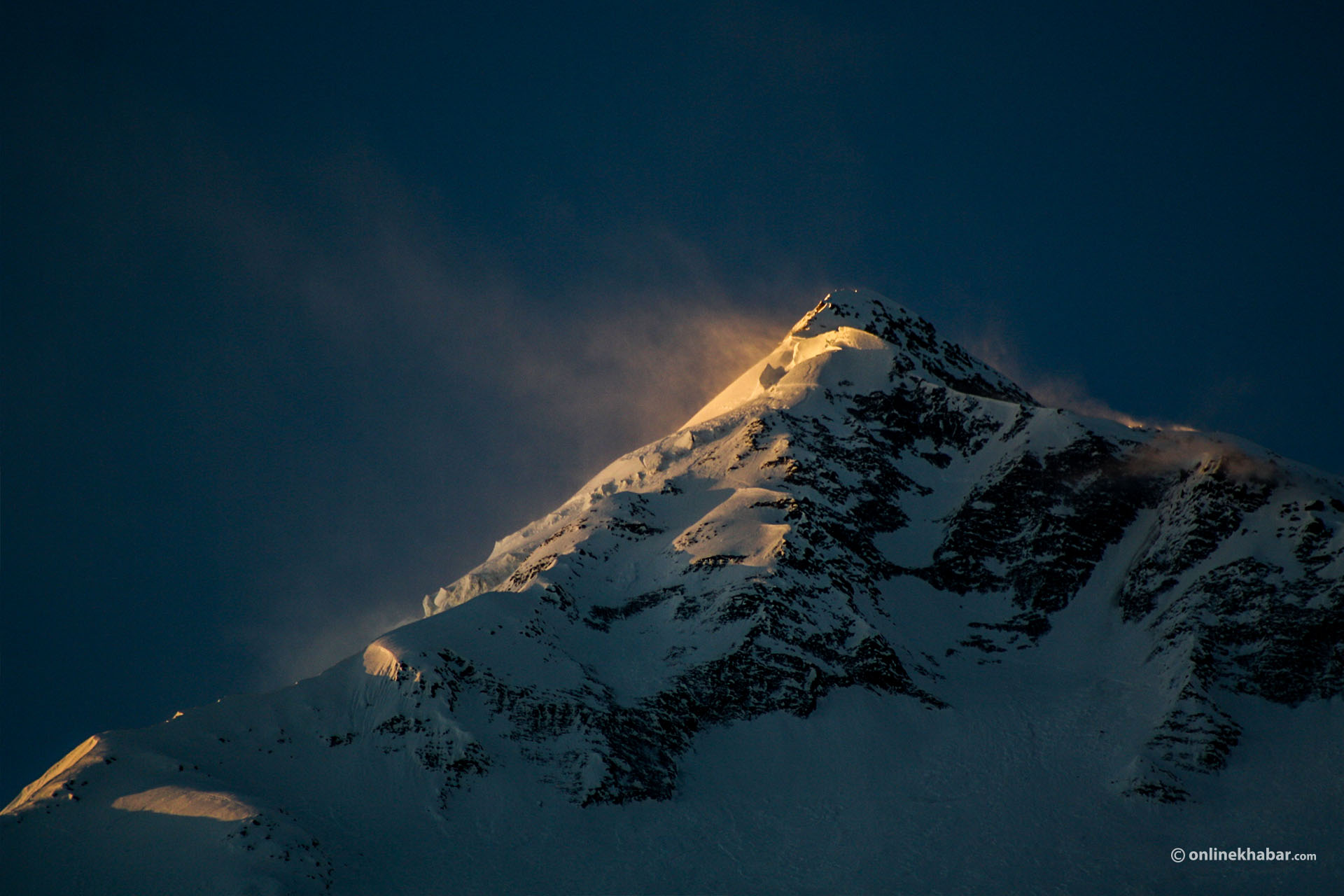 Nepal’s mountaineering season is over. Even though the season was plagued by Covid-19 and two cyclones, nearly 400 people reached the top of various mountains in Nepal with five casualties. There were successful expeditions on Annapurna and Baruntse along with Everest and Lhotse while expeditions were cancelled on Makalu and Dhaulagiri due to the risk of avalanches.

Despite Tautkae and Yaas cyclones, a few teams risked it to the top while many, fearing for their and their clients’ lives, decided to call it a day and return home.

Mainly due to weather conditions, Nepal’s mountains in the past have seen some devastating disasters in the past. Avalanches and seracs collapsing led to entire teams disappearing on the mountain. While things have been better due to well-trained mountaineers and better equipment, life in the mountains is always full of risk.

Here we look back at seven major disasters that happened on the high mountains of Nepal.

The Khumbu icefall is one of the most dangerous sections on Everest. The place has taken the lives of many, both Nepali mountaineers and their support staff and foreign clients. One of the first major disasters happened at the icefall on April 5, 1970, when six Nepali mountaineers died due to an avalanche at the icefall. They were a part of the Japanese skiing expedition producing a movie called The Man Who Skied Down Everest.

Mima Norbu, Nima Dorje, Tshering Tarkey, Pasang, Kunga Norbu, and Kami Tshering died on the icefall while Kyak Tsering died a few days later after a serac fell on him.

Manaslu is normally one of the safest 8,000-metre mountains in the world. But, in 1972, it showed everyone how safety is not guaranteed in the mountains. An avalanche buried the Korean camp at 6,500 metres, killing fifteen climbers including ten Nepali mountain guides and the Korean expedition leader Kim Ho-sup, and Kazunari Yasuhisa from Japan.

Annapurna is one of the most deadly mountains in the world, according to climbers. The weather on the mountain is unpredictable; it remains cold and covered with snow through the year and the high jet streams can sweep anyone away from the face of the mountain. Annapurna I has the greatest fatality rate of all the 14 eight-thousanders. On average, three people die on the mountain for every 10 who make it to the top. In 1991, four Nepali mountain guides and two Koreans died in the mountain after an avalanche swept them away.

This is pretty well known as many books have been written about it along with a big budget IMAX film also being made on the disaster. Five climbers died on Everest on May 10 and 11 as they were caught in a blizzard while attempting to descend from the summit. That year, 12 people died trying to reach the summit, making it the deadliest season on Everest at the time.

Notable deaths on the mountain that year were Rob Hall and Andrew Harris from Adventure Consultants, Scott Fischer from Mountain Madness and clients Dough Hansen and Yasuko Namba. Beck Weathers, who was left for death above the South Col, miraculously survived even though he suffered chronic frost bites on his limbs.

It is from this year onwards did people start raising questions about the commercialisation of Everest. It is something that is being raised even today.

An avalanche hit Camp 3 of the mountain at 7,000m, killing 11 people and injuring many. The avalanche, according to the survivors, took place as a huge piece of ice fell from a glacier above Camp 3. The ice is believed to be as big as two football fields. Most of the people who died on the mountain were French.

There were 232 foreign climbers who had been granted permission to climb Manaslu in the autumn climbing season that started in September. There were more than 150 guides and support staff with them.

This remains a dark day for the Nepal climbing community. On April 18, 2014, as many as 16 Nepali climbers died at the Khumbu icefall after a serac on the mountain’s western spur collapsed resulting in an avalanche. Out of the 16, 13 bodies were recovered from the mountain while the remaining three were never found. The entire climbing community was in shock as its members lost their friends and family members on the mountain. The situation got worse when Nepal’s government offered a small compensation to the victim’s families, causing them to stage a strike and cancel the season altogether in a way to show respect to their friends who lost their lives on the mountain.

Everest season was affected two years in a row as the earthquake caused another cancellation due to another devastating avalanche that killed 22 people on April 25, 2015. The avalanche caused by the 7.8-magnitude quake triggered an avalanche from Pumori onto the base camp on Mount Everest. With aftershocks a frequent occurrence, the season was cancelled as no one climbed Everest for the first time in 41 years.