Political leaders in Darchula of Sudurpaschim, active at the local and national levels alike, have demanded that the recently inaugurated border outpost of Armed Police Force located in Chhangaru of disputed Kalapani region be relocated further northwestward. 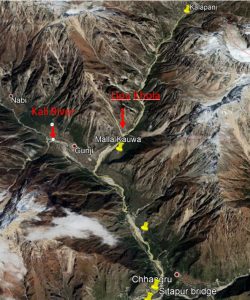 They have identified a wide ground in a place Kauwa, around seven kilometres northwest of Chhangaru, as an appropriate site for the outpost.

Nepali Congress House of Representatives member Dilendra Prasad Badu says, “Our troop should be given more facilities than the Indian personnel in the region. Because Kauwa has a higher altitude than that of Chhangaru, this place is more appropriate for border surveillance.”

Meanwhile, Byas rural municipality-1’s ward chair Ashok Bohora says the locals had been demanding the outpost in Kauwa, not in Chhangaru.