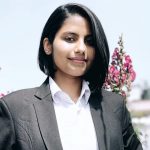 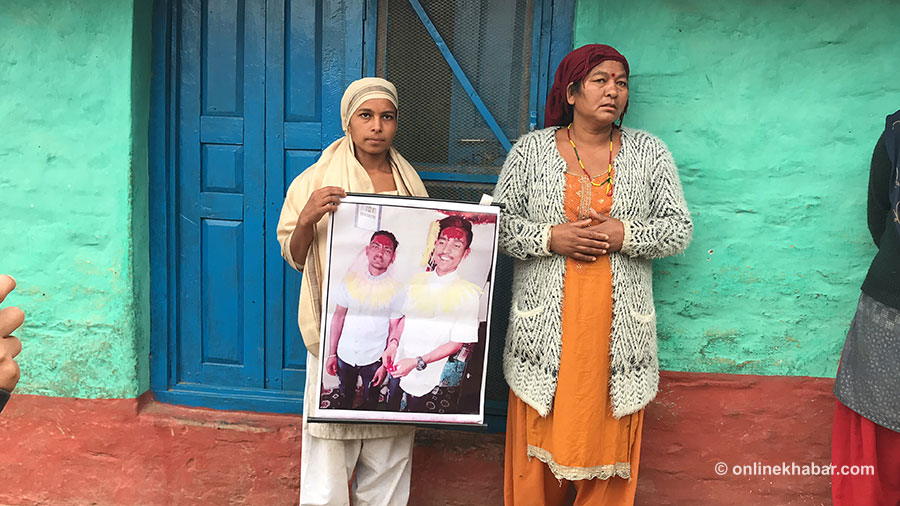 Sanju BK’s wife (left) and mother show Sanju’s photograph. Sanju was one of the youth murdered in Rukum West in May 2020 after a Dalit boy, Nabaraj BK, tried to marry an upper-caste girl.

The Nepali caste system, historically, functioned as the basis of the feudalistic economic structure. Caste was largely codified by Manusmriti that divided four varnas: the dominant Brahmins (priests and scholars), Kshatriyas (warriors), Vaishyas (merchants and traders), Shudras (labourers), and the outcast Dalits (untouchables). Although castes were based on various professions, untouchability evolved later. Even after a decade-long civil war, the fall of the monarchy and, the caste system may no longer technically exist in a fledgling democracy, but the practice is still alive in Nepal.

A recent video of Rupa Sunar, a Dalit journalist, went viral on the internet, in which she claimed that Saraswati Pradhan (a house owner) refused to rent her a flat citing her so-called lower caste. So, she filed a complaint against Pradhan as per the Caste-based Discrimination and Untouchability Act, 2011. Pradhan, however, was released. This event gives us an occasion to understand that the caste system is still intact today. More strongly, arguments on social media that followed reflect society will need a long time before existing casteism will change.

As a matter of fact, there is a commitment to fighting casteism on paper. The Nepali constitution outlaws caste-based discrimination. Article 1 of The Universal Declaration of Human Rights states, “All human beings are born free and equal in dignity and rights.” These rights cannot be taken away as all human beings are designated to rights, without any form of discrimination. But, this incident depicted how so-called lower-caste people are still fighting for their basic human rights, life in dignity and equality.

However, there is a big misconception and skewed narrative in coverage by some of the media. Some commentators and social media users got defensive labelling it either as ‘left’ or ‘liberal’ propaganda and argued that there was no caste-based discrimination as the landlord was simply exercising her right over private property. Online media platforms continued to provoke controversy and disseminated news accusing Sunar had received Rs 15 million from the European Union.

Another discussion about the reservation system spread relating it to the current case, opening door to interesting analogies. “Reservation” is an unpopular word in Nepal and is blamed for “reverse discrimination”. Vague narratives like ‘non-Dalit students are not being able to prosper economically in Nepal because the “lower castes” have monopolised the government’s welfare schemes’ flow around netizens. However, these complexities cannot be used to avoid addressing caste-based discrimination and brush the actual issue under the carpet. This backlash illuminates a curious case of selective outrage and casteism denial.

Reservation for Dalits and derivation

Roughly, 260 million people in South Asia are “Dalits”, or members of so-called lower castes, and are therefore treated as ‘untouchable’ by their social superiors. According to the Human Development Index, the Dalits who constitute 20 per cent of the total population are the poorest community in Nepal. Over half of Dalits live below the poverty line and also have a life expectancy and literacy rates below the national average. So, the caste reservation policy was adopted in Nepal. The weaker section connotes a section of the society that is deprived of basic rights and schemes provided by the law.

Reservation in the Nepali context is used as the tool to uplift the living standards of such section of the society by promoting their social, educational and economic interest. But, the notion of caste reservation currently is getting fabricated with sub-standard arguments that hit on the identity and dignity of the class who are provided with governmental schemes as a reservation. According to arguments made by comparatively dominant sections of the society, people provided with reservation use their inferiority and backwardness with pride, but when it comes to being addressed by such tags which are synonymous to their inferiority, the inferior section gets offended. It is only a deliberate attempt to scandalise the whole system of reservation and deviate from the actual issue.

At the root, the gravity of the act of denial rests with its effect upon the victim group. Caste-based discrimination was not discussed until a couple of years ago. Despite the instituted legal provisions, cases of caste-based discrimination rarely make it to court; much less result in a conviction. Discussions about minority experiences are becoming increasingly prevalent. Yet at every step, the dominant castes have refused them empathy and there is widespread denial of casteism as if it is outdated. But, just because there is denial, it does not mean that the problem does not exist.

The point of hypocrisy is when Nabaraj BK, Tikaram Sunar and Ganesh Budha were murdered because of their caste triggered a nationwide anti-caste movement, but in the case of Saraswoti Pradhan vs Rupa Sunar, people are taking the practice of untouchability easily. Does one have to lose his/her life to get proper treatment for caste-based violence? Is not the denial of a victim’s right to humanity and dignity because of the surname enough to name it caste-based discrimination?

The dominant class of Nepali society makes up a huge political and administrative force in today’s context. They are more or less in power and it is a nature of power that it does not tolerate criticism. When this class is asked complex questions of caste-based discrimination, they try to flee away by chanting the same old and outdated songs of discriminatory values and customs. This is why Nepal is considered a country imprisoned by its past. With an attitude and beliefs like this, the incident will be interpreted and dissected in several ways in the coming few weeks and perhaps forgotten in the long run, but the general denial of caste discrimination in  Nepal might continue.

Paudel is a law student.