The Supreme Court has issued an interim order telling the government attorney and the police to investigate the involvement of the then education minister Krishna Gopal Shrestha in releasing Saraswati Pradhan, who was arrested on the charge of caste-based discrimination.

A division bench of justices Prakash Man Singh Raut and Nahakul Subedi issued the order on Thursday in response to a writ petition filed by Rupa Sunar, a Dalit journalist who has been claiming that she was deprived of a flat at Pradhan’s house on the basis of her caste.

Following the Thursday order, the police and the government attorney office in Kathmandu are obliged to register Sunar’s complaint against Shrestha and launch an investigation.

Last month, based on Sunar’s complaint, police had arrested Pradhan and launched an investigation, but the then minister had interfered and put pressure on the police to release her. Following that, Sunar had moved the apex court demanding action against Minister Shrestha also.

Earlier, the court had issued a show-cause notice in the name of Shrestha. 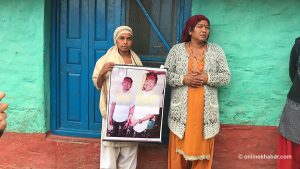