The local elections have not kind to the Netra Bikram Chand aka Biplav-led communist party.

Although the party split over differences regarding whether to participate in the elections, the party failed to win any position in its stronghold, Rolpa.

There are 10 local units in the district and 72 wards. Most members of Chand’s party had contested in these areas alone while some had formed a coalition with either the Nepali Congress or the UML.

As of Tuesday, the results of two local units and 50 wards had been made public. But, Chand’s party has not won a single seat and has had to make do with four ward memberships. 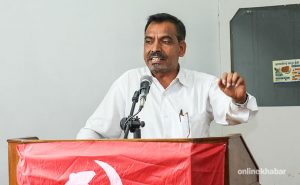