The movie hall. Pyuthan Hall. inside the Narayanhiti Palace Museum.

Lockdowns shut movie halls and other entertainment options. People were shut inside their homes and then the four walls became their worlds.

But, the world inside the Narayanhiti palace, the residence and office of Shah kings of Nepal before the abolishment of the monarchy in 2008, has always been different, and at the same time, incomprehensible and mysterious. Many are still unaware of most of what happens there and what goes inside.

What you know, perhaps, is that they (the royal family members) would organise regular parties and occasional games. But, there was also a cinema hall inside. And, any new movie released in the market would be taken straight to Nepal’s royal palace, whether Nepali, Hindi or English.

Here is more interesting news: the hall is going to be open to the public within one year.

To go to the cinema hall, you reach Pyuthan Hall inside the royal palace through the Lhotse gate. Rooms inside the palace have been named after different districts and doors are named after the mountains.

It is in this room that the palace has a medium-sized cinema house, very similar to the commercial movie halls and comfortable at that. Needless to say, it was built for the royal family to watch movies at their will.

The 116-seat hall had a sofa placed in the middle for the king and queen and members of the royal family to sit on, which can still be seen.

The 72 front seats were reserved for royal family relatives and private employees. Behind the king and queen were chairs for the aides-de-camp (ADCs) and other limited staff of the palace.

There is no definite record as to when the movie house inside the royal palace was built, but it is said it tentatively started in 1963 and was completed in 1969. But, based on the name of the hall and the name written on its door, the museum staff say estimate the hall was built roughly at the time of construction of the palace. The name of the door and the hall also suggest that it was after the royal palace’s construction.

Buddhi Bahadur Gurung has been working in the royal palace since 1987. When the palace got turned into the museum, in 2008, he also became an employee of the museum. But he still remembers how he got the chance to watch the movies in the palace’s movie hall.

“Even though I was a lower-level employee of the royal palace, I got the opportunity to watch movies,” he shares. “In the beginning, the palace used to screen all Nepali movies and popular Hindi and English movies. But, with the technology where one could watch the movies on television with a DVD player, the use of the hall gradually decreased. Although it was still in operation, only selected movies that were not suitable for smaller screens were watched.”

After the 2001 royal massacre, the cinema hall gradually started being unused. But even after that, members of the royal family watched Sanjay Leela Bhansali’s superhit film ‘Devdas’ in this very hall.

Tamang says King Gyanendra watched the Hollywood superhero movie ‘Spider-Man’ in 2005 here. After that, the hall failed to grab the attention of even the royal family members.

Archive of the royal history

However, the movie hall was not only for movies, but it also stood as a collection of royal history and tradition. From the reign of King Mahendra, members of the royal family had started taking photographs of social ceremonies such as nwaran (naming ceremony), pasni (rice-feeding ceremony), wedding, bratabandha (coming-of-age ceremony). The hall is full of such photos and Gurung says there is even a tradition of visiting and looking at them.

According to him, Crown Prince Paras Shah had visited the hall, in 2007, to watch a documentary on what kind of rites should be performed in son Hridayendra’s bratabandha ceremony. Gurung says he also watched the videos of his cousin Princess Shruti’s gunyu-choli (coming-of-age ceremony) and her wedding as well as the video of his cousins Dipendra and Nirajan’s bratabandha.

But, the hall was shut off completely after that.

There are many interesting stories connected with the movie hall inside the Narayanhiti Palace. Here, any movie show would usually start at 8 pm. Intervals were determined by how long the movies were. In the middle would sit the king and queen and their families.

The royal palace’s security guards and employees would also join them. However, there were some conditions. For example, while watching movies, no one but the royal family was allowed to talk or laugh. If you had to talk to someone, you had to use gestures or whisper only. When they would find a scene funny, they would have to secretly come out of the hall and laugh. No one was allowed to walk in the middle of the movie with the lights on either.

“Once, while looking for a seat in the hall, my hand touched an ADC’s thighs and he got furious. Later, I had to apologise,” recalls Gurung. But, the king and queen never got angry for any mistake.

After the movie, everyone in the hall would go to the Tribhuvan Sadan, where dinner would be served.

Before the royal palace massacre (2001) took place, the hall was alive and well. Even on the very day of June 1, many were talking about what movie they would be watching. However, not soon after the dinner at the Tribhuvan Sadan, the terrible incident took place. Following this, silence enveloped the royal palace and the cinema hall.

Reel for the palace

Gurung, who has been working in the management of the hall for a long time, says that the tradition of bringing film reels or spools to the palace from various halls in Kathmandu was also interesting. The last show in the halls including Jai Nepal used to be at 6 pm. And at the royal palace, it would start at 8 pm.

Usually, one spool would contain 15-20 minutes of the film. All the films shown in the hall were sent to the royal palace. And, it never affected the regular shows of the hall, Gurung says. After the show was done at the palace, they were returned to the respective hall for the next day’s show.

In the projector room, there was a 35-inch Japanese portable projector. It did not need to burn carbon and worked with bulbs alone. It was an analogue technology. The projector room was used to store films and documentaries shot at special events. Today, the palace museum has a collection of over 300 film spools and the Narayanhiti Palace Museum and Republic Memorial Management and Operation Development Board is preparing to digitise all of them.

Recently, the museum administration has started preparations to open the hall to the public. The hall is reopening at a time when all movie theatres in the market are closing.

According to Bhesh Narayan Dahal, the executive director of the board, the hall will be opened to the public in the current fiscal year 2021/22. For this, the board has already purchased and brought in the latest 2D screen and projector in mid-July.

Under his leadership, the board has been also reopening the closed rooms one after another. Of the 52 rooms in the Narayanhiti Palace Museum, not all the rooms have been opened to the public. Rooms like the film hall and library room that speak volumes of the royal family history are still closed off.

Gurung adds that all the rooms of the museum are worth showing. However, the hall will screen only documentaries related to the royal families. 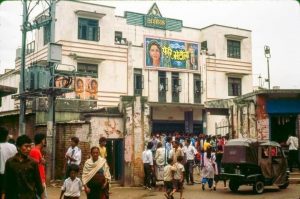 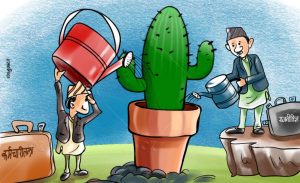 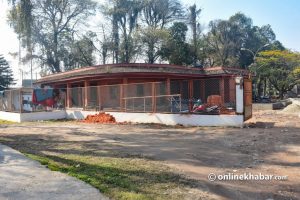