Two persons have died when two motorbikes collided with each other in Khadak municipality of the Saptari district in southeastern Nepal, along the East-West Highway, on Monday night.

Police say a bus (Ba 2 Kha 5682) had first hit Chaudhary’s bike, making the biker lose control over the vehicle, after which the bike collided with another.

Whereas Chaudhary died on the spot, Yadav breathed his last while undergoing treatment at the Saptarshi Hospital in Lahan of Siraha.

Two others, riding pillion, have sustained injuries. They have been identified as Ananda Chaudhary (28) from Shambhunath-7 and Sonam Chaudhary (23) from Lahan-20. 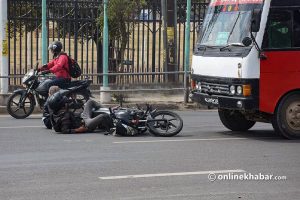 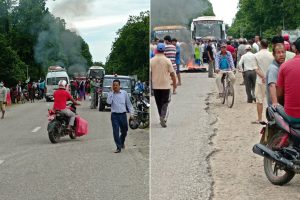 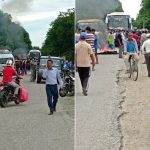