Yugal Gurung: Why this new-age Nepali musician stands out Yugal Gurung is different. His music is raw, his lyrics are meaningful, and his songs are a tad dreamy. With his smooth guitar skill and deep vocals, you have another great Nepali indie artist who, through his consistency, is making a name for himself in Nepal’s music scene.

Born in Hongkong and moved to Nepal when he was one, Gurung was drawn to music from an early age. Going to various rock gigs in Kathmandu, Gurung developed a love for the genre and soon was part of a rock band in his school days. He played the drums there.

But, as his family relocated to the UK, he had to leave his short rock and roll career in Kathmandu behind, and move to London as soon as he completed his school. Not wanting to give up on his dreams of being a musician and in a bid to pass time in a new country, a 16-year-old Gurung bought his first guitar. With it began his solo career.

“I’d just come here, and everything was quite new to me,” says Gurung, now 30, from his home in London. “I had a lot of free time. As I was very bored so I bought a guitar for 30 GBP and invested my time and energy into learning.”

For someone who was inspired by rock and roll and metal bands like Metallica, Pantera, and Slayer, Gurung discovered genres like country, folk, and soul. Artists like Bob Dylan, Nick Drake, and Bill Withers became his favourites, and he started to learn their songs.

“Coming here exposed me to music from an era long before my time. The music these people played resonated with me,” says Gurung.

“I started to cover their songs as well to test where I stood vocally. I liked singing folk and soul, and if you listen to my songs, you can find a bit of both.”

Into career as a musician

After finishing high school, Gurung joined the University of West London and enrolled in music production. Besides that, he was playing various gigs that happened in and around London.

“I am also part of a UK-based post-rock band called Haami where I play the drums. I’ve been part of that since 2012,” he says.

As a part of his university project, he produced Haami’s first album. Apart from that, he was also working on solo projects, which he later released as part of his first EP – Afno Sansar.

“I learnt a lot at university. I started getting heavily into songwriting during those days. That’s where I came up with Afno Sansar and other songs in that album,” he says.

Since completing university, Gurung has been actively involved in making music. Working full time at an airport, he continued pushing himself to create songs.

His production process is similar to many songwriters. He says it first starts with a guitar riff, which he then complies with beats to make music. If he thinks the music sounds good, he starts playing with various ideas to make sure his audience likes it too. He says he leaves songwriting for the end.

“It takes me forever to write a song. I write one day, leave that thought and come back to it after say a month or two. I like doing that. It gives me time to reflect and I feel it adds more element to the song,” says Gurung.

Unquenched thirst of performing in Nepal

By 2017, he was playing in various shows across the UK, both solo and as a part of Haami. He had an album released. He even came to Nepal, did a few shows. And since then, he has not looked back.

He recently launched his second album, Lukamari. While Afno Sansar was a bit more mellow and more acoustic, Lukamari has a little more energy to it. It has a hint of jazz, folk and soul with some low-fi vibes.

To launch Lukamari, Gurung came to Kathmandu. He had planned multiple shows throughout the country. However, all his plans were put on hold by Covid-19.

“It was disheartening. I had quit my job here and had planned to tour Nepal and stay there for a while. But, none of it went as planned. A week after I landed there, the government imposed a nationwide lockdown and I was stuck,” he says.

That, however, did not stop him from launching the album. He did it digitally, and in an act of absolute compassion, donated the money received to Covid-19 relief efforts in the country. An effort, which was widely appreciated by all his peers.

In his recent album, he has worked with singer, songwriter and producer Diwas Gurung who he says was easy to work with.

“Diwas dai is someone who knows what he’s doing. I remember telling myself that I’ll be giving him songs that I knew would suit his production style. He is easy to communicate to ’cause I think he understands me and the type of music I’m trying to put out there. He just gets it,” says Gurung.

Diwas also has good things to say about Gurung.

“I think Yugal’s songs have such an effortless and magical quality to it,” says Diwas. “He has such a command of words and melody that is so unique to him. On top of that, his songs have a timelessness to them; I bet people will still be singing his songs long after we are gone.”

Diwas says that he even thinks Yugal Gurung has opened up Nepali music and musicians to a new way of thinking about and hearing music. He says Gurung stood out during a popup show ‘Deha ra Aatma‘ curated by Bartika Eam Rai in New York.

“His performance that night stunned the audience, including me. It was the whole thing, the lyrics, the melody and his voice made a big impression on me,” says Diwas who says he was struck by his affinity to the genres of soul and jazz, with his use of extended chords and odd-time signatures.

Many within the industry have similar feelings about Yugal. Rajan Shrestha, a music producer based in Kathmandu who goes by his alias Phatcowlee, says Gurung is fresh and rare.

“I really like his sound design on his self-produced stuff. He’s a unique talent,” says Shrestha.

The response from the audience has also been good. Three of his songs have over 300,000 views while the ones he has recently released have also been doing well. For now, he says he is happy with the response that he has been getting. His peers have been supportive as have the audience and that, he says, makes him want to make music consistently.

“People who understand my music have reached out to me and told me how much they like it. It’s good to be appreciated. It’s a satisfying feeling, but I know I need to do more if I want to be known as a good artist,” he says.

When asked what he needs to do to gain more reach, his answer is simple – consistency.

“The Nepali audience, thanks to the internet, have been listening to a lot of different genres. They have options. So, if I want to in the minds of the audience, I need to continue to consistently make the type of music I do. If I am able to do that, I’ll reach more people. But for now, I’m happy,” he says.

After spending most of 2020 in Nepal, Gurung is back in the UK. He says he has already started to work on a new album expected to be out around the end of 2021.

“I’m taking it one step at a time as I take this as a passion project,” he says. “My goals have become smaller in the sense, that when you grow older, your dream of becoming someone big in music becomes smaller. I don’t want to overwhelm myself because I know that I have to do something else to sustain myself.”

Yes, Gurung is different. He is part of a new age of Nepali musicians using skills and technologies to create songs which are not commercial yet have the tendency to be part of anyone’s playlist. He has the ability to complexity in an approachable and almost disarming way–a reason why many have been able to connect to his songs. 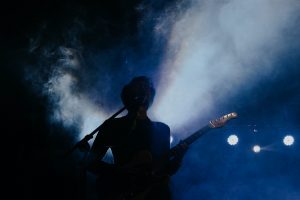 6 underrated Nepali musicians you should not miss listening to 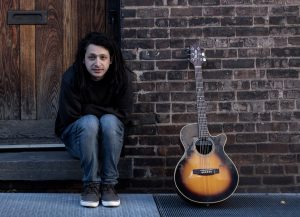