Xiaomi 12 and 12X in Nepal: Similarities and differences between 2 members of the flagship series

Xiaomi 12 and 12X have been officially released in Nepal. The two smartphones are parts of the flagship Xiaomi 12 series.

Not long ago, Xiaomi also released its premium flagship Xiaomi 12 Pro. The latest release is also the affordable version of the flagship series, with 12X being the most affordable out of the three.

Both Xiaomi 12 and 12X have some similar features to 12 Pro, but at the same time, differ in many aspects as well. For example, they share similar styling. A better display, faster performance, faster chipset, faster-charging capability and a good camera performance can be expected from both phones.

Let’s dig into the details of the phones.

Similarly, the back of both phones houses a camera module. The main camera with the biggest sensor resides on the top and under it lie the other two camera sensors along with a flashlight and 50MP branding. A Xiaomi 5G branding is neatly done at the bottom left part of the back of the phone.

On the front of both phones is a 6.28-inch AMOLED panel with a resolution of 1,080 x 2,400 pixels. The display on both devices supports a 120Hz refresh rate and can achieve a peak brightness of up to 1,100 nits. For a clearer and more detailed viewing experience, the phones also support features like HDR 10+ and Dolby vision. Furthermore, for smoother navigation, the display on both phones supports a 480Hz touch sampling rate.

Xiaomi 12 and 12X both feature similar camera specifications. Both phones feature a triple camera setup on the back and a single selfie shooter on the front. The 50MP main camera on the back is accompanied by a 13MP, 123-degree FOV ultrawide and a 5MP, 50mm telephoto lens. On the front is a 32MP camera for photos and videos.

Similarly, Xiaomi 12 is powered by the latest Qualcomm Snapdragon Gen 1 (4nm) chipset and its graphics are handled by Adreno 730. Meanwhile, Xiaomi 12X is powered by an inferior Qualcomm Snapdragon 870 5G (7 nm) chipset and the graphics are handled by Adreno 650. Hence, there is no doubt which is the superior phone when it comes to performance.

Both Xiaomi 12 and 12X feature a liquid cool technology (super big VC + multilayer graphite sheets+BN film). This technology can help cool the device during intensive use and prolonged gaming sessions.

As for the memory, both phones come with 8GB of LPDDR5 RAM on board coupled with 256GB of internal storage. There is no card slot available on the phone for expanding the memory.

Xiaomi 12 and 12X feature hi-res speakers tuned by Harman Kardon. The Dolby Atmos feature on the phones should provide an immersive stereo experience to the users. The phone does not feature a 3.5mm headphone jack. 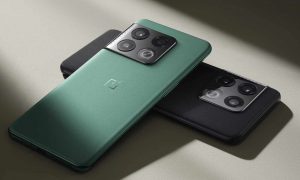