What is Kalapani dispute? What is its best solution? Who is responsible? 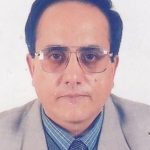 Although Nepal is the only nation-state in South Asia that has not come under any colonial rule, it is beset with the sad legacy left by the British East India Company. Nepal fought the Kalinga War (or the Nalapani War) with such courage and valour that the victorious British in honour of the enemy (Nepal) erected the Kalinga War Memorial in Dehradun. British East India Company and Nepal then signed the Sugauli Treaty in 1816. As a result of this treaty, Nepal lost about one-third of its territory, but the maps brought out immediately after signing of this treaty and in a couple of decades since clearly show that Kalapani, Lipulekh and Limpiyadhura are integral parts of Nepal. Nepal’s 1808 km border on the east, west and south with India was either demarcated with boundary pillars or were delineated by major rivers such as the Mechi, Mahakali (Kali) and Gandaki-Narayani.

After the 1962 Sino-India war, India stationed its troops at the strategic location of Kalapani. Initially, the Indians had a single military post there, but in the course of the years, they expanded their military presence and built military barracks. Kalapani was considered an outpost and therefore little if any, attention was given to this area by the Nepali rulers also. But recently, the Kalapani issue has come to the forefront once again as India incorporated this area in their political map and also because they are nearing the end of the construction of the 70 km link road from Pithoragarh in Uttarakhand to Lipulekh via Nepali territory.

The purpose of this route is obviously for the Kailash Mansarovar pilgrimage and the trans-Himalayan trade between India and China. There seems to be some sort of a tacit agreement between India and China in using the Lipulekh Pass, which falls at the tri-junction between Nepal, India and China. But, Nepal has clearly been left out. India contends that the alignment of the link road follows the historical track and that there is no infringement on Nepal’s territory. The construction of the road is nearing its completion, but it seems the Nepali authorities in the past were complacent in their approach to resolving this issue and maintaining the sovereignty and territorial integrity of the county.

The two main disagreement areas in Nepal-India international boundary are Susta and Kalapani. The 1827 and the 1856 maps produced in accordance with the 1816 Sugauli Treaty clearly identify the Kali River and the Gandak-Narayani River as Kalapani’s western and Susta’s eastern boundaries respectively. There have been encroachments within Nepal’s land where the boundary rivers between Nepal and India have changed their course. This is why it is very important to map the boundary rivers using the GPS from time to time, but especially after natural disasters.

Nepal’s western border with India at Kalapani was clearly defined according to the 1816 Sugauli Treaty. The fifth article of this treaty states that Nepal is situated east of Kali River with its source at Lipiyadhura. The available maps published in 1816 and 1827, and those published by India in 1850 and 1856 during the British rule in India clearly show that Lipiyadhura, Lipulekh and Kalapani fall within Nepal. India disputes this and says that the source of the Kali River is further south and located in the Lipulekh valley. An estimate of the encroached Nepali territory is about 372 square km.

There have been numerous Indian map updates that show this new source of the Kali River. There have also been unilateral changes in toponyms on Indian maps, which Nepal does not agree with.

According to international boundary principles, wherever rivers are concerned, it is the ‘thalweg’, median line or the navigational channel that defines the river boundary. If the river changes its course in a different epoch, the position of the river in the initial epoch will be used as the boundary line and demarcation will be carried out according to the coordinates of the original river boundary.

The Topographic Survey of Nepal should archive the maps published in Britain by the East India Company from 1820 to 1846, the maps of 1850 and 1856 published by the Survey of India and the maps at the Geography and Map Division at the Library of Congress in Washington DC, USA and other relevant maps that bolster Nepal’s claims to its territory.

Through the course of map-making, maps of different projections have been used and the ArcGIS software and other mapping software can now easily be used to convert coordinates from one coordinate system to another. This is called geo-referencing and has been an invaluable GIS tool. Both India and Nepal can use the WGS84 UTM coordinates to set out their boundary.

They can build up data for identifying the preliminary boundary line based on the maps that are based on the Sugauli Treaty and then conduct field verification and arrive at a technically sound solution to the Kalapani dispute.

It is now up to the politicians to initiate moves towards a resolution of the Kalapani border dispute. There should be high-level political, diplomatic and technical discussions in an atmosphere of mutual respect and goodwill. If the two parties sit down and analyse the documents and maps as per the Sugauli Treaty and then conduct field verification using the GPS technology, they can arrive at an amicable solution.

If they fail to do so, it is in Nepal’s interest to refer the matter to the International Court of Justice (ICJ) at The Hague. This is simply a technical matter, but for this, India should invite Nepal with an open heart as it is by far the larger county committed to everlasting peace and mutual respect of its neighbours. There is no doubt that due to the historical, cultural, linguistic and religious ties between our two countries, we have to follow the Panchsheel principles.

One example of the resolution of the seemingly intractable border dispute between Nigeria and Cameroon is that of the Bakassi peninsula. On October 10, 2002, the ICJ determined that Cameroon was the rightful owner of the oil-rich Bakassi peninsula where there were at least 300,000 Nigerians, who at the time made up 90 per cent of the population. This was a watershed moment in the resolution of the international border dispute between Nigeria and Cameroon. The Nigerian administration was returned to Cameroonian administration with full withdrawal of Nigerian troops.

Another example is in South Asia where India and Bangladesh held bilateral negotiations since 1974 regarding their maritime boundary. Bangladesh served India with notice of arbitration proceedings under the United Nations Convention on the Law of the Sea (UNCLOS) when their eighth and final round of negotiation proved inconclusive. On July 7, 2014, the Arbitration Tribunal delivered its ruling and settled the dispute.

Sharma is an international boundary expert and survey engineer who worked as a UN consultant for the international border demarcation between Nigeria and Cameroon from 2007 to 2019.

Sharma is an international boundary expert and survey engineer who worked as a UN consultant for the international border demarcation between Nigeria and Cameroon from 2007 to 2019.