Tourism-reliant Indrasarowar locals are hit by Covid-19, but they are hopeful of revival soon 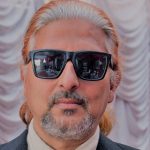 Krishna Bahadur Shrestha of Markhu, Kulekhani in Makawanpur, owns a ‘hotel’ on the bank of Indrasarowar, an artificial lake made to collect water for Kulekhani Hydropower Project. Shrestha, 65, claims to be the only living witness of the transformation of a residential area into the lake in the mid- and late 1970s.

Shrestha’s hotel can house around 100 people at once but is totally empty for the past five months since the country went on lockdown to control coronavirus epidemic in the country. There are around a dozen other hotels waiting for their guests, but they are not certain how long the will go.

Besides hoteliers like Shrestha in Markhu who have been waiting for tourists, domestic and international. The Covid-19 crisis has severely hit their livelihood. Nevertheless, the locals are proud of the place and hope to get more visitors once the daily life returns to normalcy after the pandemic.

History of the place

“King Birendra was interested in generating electricity in Kulekhani. Hence, the government brought together seven rivers here,” Shrestha says, “Similarly, the river flowing from Phakhel has been blocked and the water is collected here through a tunnel.”

Around 1,000 families were displaced during the construction of the lake. Of course, the government gave them some compensation, but that was not enough for them to find a new residence and make a living at the same time.

However, after around 10 years of the construction, the government opened the lake for fishing after establishing a Fish Development Centre in Markhu. The government itself trained the locals for fishing. Many locals found a new source of employment and income.

In 1992, the locals established an association to promote fishing as entrepreneurship. Currently, 685 families are associated with this organisation. Shrestha says there was the monopoly of a handful of people before the association was established. “But, currently, the lake has become public property.”

There are four organisations of the locals actively involved in business based on the lake. Two of them are cooperatives, one the business association that Shrestha is a part of, and the last one is a union of locals operating boats in the lake.

Indrasarowar rural municipality-1 ward chairman Jaman Singh Waiba, who also led the Fish Entrepreneurs’ Association once, says that those who have been displaced by the construction of the lake but are not affiliated to the associations will be traced and included soon.

One of the rivers that falls into the lake is called Thado Khola (literally, vertical stream). This river also has a beautiful waterfall at a distance of about 2 kilometres from the lake. It is called Thado Khola Jharana (or, vertical stream waterfall). Until a few years ago, many people did not know there was a waterfall. The locals would also go there only during the dry season occasionally because the way leading to this place was a bit difficult. However, the provincial government and Nepal Tourism Board recently made a trail to go to this place, with resting places in an interval of every 200-300 metres.

The waterfall is just two kilometres away from the lake, but it takes one and a half hours for city-dwellers to reach there. Nonetheless, the waterfall had already become a destination for tourists before the lockdown.

After boating along a three-kilometre stretch in the lake, people can also visit the origin of Thado Khola.

Mounds between two ends of the lake have also added attraction to the place. Perhaps there are many mounds, the locals still call this place a ‘stream’, not ‘a lake’.

Fishing is another attraction. The locals produce 30 to 25 tons of fish every year. Even if they sell fish at an average rate of Rs 300 per kg, their annual turnover exceeds Rs 10 million.

One of the arrangements made by Indrasarowar Fish Producers Association is definitely enlightening for all. That is to say, they set nets in the lake in the evening and collect fish in the morning. The fish are distributed equally among all local hotels. From this, all the entrepreneurs, big and small, have prospered equally. Around 20 to 50 kg of fish is extracted daily; those fish have not been wasted yet.

The fish-based enterprise has provided livelihood to around 1,000 families in the area. Besides, every member of the cooperatives earns Rs 20,000 to Rs 25,000 a year as the shared profit of the business. The locals had initially invested Rs 5,000 to Rs 40,000 for the share of the associations

However, the locals have not been able to earn as much as expected from the lake. The locals have been barred from giving ‘artificial’ feed to the fish whereas the price of fish is also comparatively low. A kilogram of fish here costs only Rs 325, much less than the price in Terai.

Despite such challenges, the locals were sustaining their life thanks to the lake. However, the Covid-19 crisis has hit them hard.

Nevertheless, some locals have also hoped that the crisis could be an opportunity. They think many young people who have returned home from their foreign jobs after being hit by the crisis and those losing their jobs in Nepal can also learn a lot from Indrasarowar.

Once the movement is eased, why do not you try visiting the place? Even if you are not interested in learning, Markhu, Indrasarowar could give you a different taste of fish for your tongue and a different view for your eyes.

Ojha is an agriculture communication practitioner with a PhD from Banaras Hindu University, India and Columbia University, the USA.