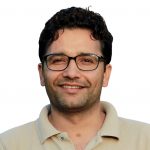 The second International Tiger Conservation Forum is beginning on September 5 in Vladivostok, Russia. It is being held after 12 years of the first summit. The first International Tiger Conservation Forum, held in St Petersburg in Russia, received tremendous attention globally as heads or representatives of 13 tiger-range countries (TRCs) including Nepal gathered and signed a momentous declaration to double the number of wild tigers by 2022.

From Nepal, then prime minister Madhav Kumar Nepal attended the summit and committed to the pledge to double the number of Nepal’s tiger population.

However, the excitement and enthusiasm of the first summit no longer exist for this summit. Two possible reasons are — many of the TRCs have not achieved their targets and three of them lost the tiger completely, and the participation is expected to be lower as many organisations are avoiding the meeting due to Russia’s war in Ukraine.

Nepal, on the other hand, has already met its target.

Yet, the question if the target set has been achieved is still relevant as far as global tiger conservation efforts are concerned.

Tigers’ population within these 12 years

Tigers are the apex predator of Asian forests that roam in vast areas of Asia and Eastern Europe till the last century with an estimated population of 100,000. Their range collapsed to less than seven per cent of their historic range and their population declined to the verge of extinction with less than 3,500 adult tigers remaining in the wild.

Meanwhile, the governments of some range states correctly aligned their tiger conservation efforts and mobilised resources to achieve this goal, yet others failed to act, resulting in the continuation of tiger population decline or completely disappearing from their forests.

Overall, during these 12 years, the wild tiger population decline has reversed and increased to nearly 4,900 tigers. The highest growth in the number of tigers was observed in India where more than 60 per cent of wild tigers occur, whereas the highest percentage increase happened in Nepal, i.e. 193 per cent more tigers compared to 2010.

But, the estimated tiger population in India has not been announced yet, which will determine whether the target of doubling wild tigers in 12 years (2010 – 2022) has been achieved or not. Despite such growth in tiger population in India and Nepal, the global target, which is 6,000 wild tigers, has not been achieved. Further, as this tiger conservation forum is happening, many countries failed to make progress.

Only four countries—Bhutan, Nepal, India and Russia— achieved the target. Let’s have a look at the figure below.

All TRCs agreed on the target of doubling tigers globally, but each country set their targets based on available habitats and resources they can afford or generate.

Only four countries—Bhutan, Nepal, India and Russia — met their targets of increasing the population. Moreover, only two countries (Nepal and India) doubled the tiger population. Nepal is the only country to set the target of doubling tigers and achieving it.

When looking at the reasons for Nepal’s success in tiger conservation, it became possible with the strong commitment from the government to ensure inviolate space, control poaching and illegal trade through enhanced law enforcement and reduce the threats of retaliatory killings.

While tigers are making comeback in most of South Asia except Bangladesh, their population decline and habitat shrinkage continued in South Asian countries. Tigers have disappeared in the wild in the last 12 years in three countries, namely Cambodia, Lao PDR, and Vietnam. When they signed the declaration of the first Tiger Conservation Forum, tigers still existed in these countries, though maybe in small numbers.

Tigers in other range countries Malaysia, Indonesia, Thailand and Myanmar are also facing a crisis as habitat conversion (especially for palm oil plantation) and poaching and illegal trade continue.

Another issue in tiger conservation in these countries is the quality of data available on the tiger population. The tiger population estimates presented in different documents are not based on rigorous scientific studies, thus, the actual population could be much lower.

For example, in Bangladesh, the population was believed to be more than 400 in the Sundarban area, but only 106 and 114 individual tigers were found through systematic camera trapping survey in 2014 and 2018, respectively. Similarly, only 22 tigers were found in Myanmar. China made significant progress in recovering its Amur tiger population in the northeast, bordering Russia, but did not meet the target set for 2022.

Hope for the future

It means the collective pledge of doubling the tiger population by 2022 has not been achieved, despite efforts of governments, NGOs and other conservation partners.

However, many countries made progress in tiger conservation and they got experience in implementing the Global Tiger Recovery Programme. This and more have taught that tiger populations can be recovered but to do so requires continued efforts, firm commitments, and a collaborative approach.

Lamichhane is the chief of National Trust for Nature Conservation's  Biodiversity Conservation Centre.