Security personnel and locals during a rescue operation following a landslide, in Waling, Syangja, on Thursdaym September 24, 2020.

Nine members of a family have been killed in a landslide in Tamadi, Waling municipality-14 of Syangja, on Thursday morning.

A 16-year-old girl from the family, however, was rescued alive.

Five persons who were missing since a landslide in Tamadi, Waling municipality-14 of Syangja, on Thursday morning, have been found dead.

One of the family members, Manisha (16) was rescued and sent to Garhaun Primary Health Centre in Waling for treatment.

Security personnel have continued rescue efforts although the landslide has also not stopped. 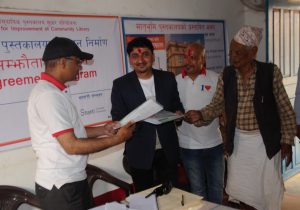 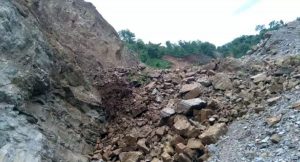 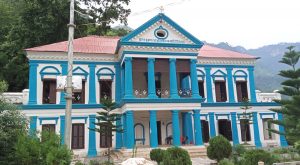