The Department of Survey has stated that it will take a few more months to complete remeasuring the height of Mount Everest.

Two government surveyors along with other Sherpa climbers had successfully scaled the world’s highest mountain collecting the data for the measurement of height of Mount Everest in May.

Susheel Dangol, the Chief Survey Officer at the department, said only 10 per cent field work was remaining and it would be completed as soon as the monsoon subsides.

“We’ve done most of the work. For example, the GPS survey is complete as is the leveling work. All that is remaining is the gravity survey around the hilly regions,” he adds.

Dangol added that the reason the gravity survey was not complete was due to poor roads in the hilly areas.

“We’ve completed the gravity survey in the Terai plains and in the mountains. The roads in the hills are in a poor state which is why we can take or cars there.”

He added that final measurement would be complete a month after they finished the gravity survey.

The government wanted to remeasure the height of Mount Everest amid debates that there might have been a change in its height due to various reasons including the devastating earthquake of 2015. 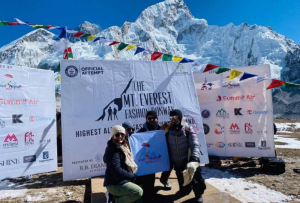 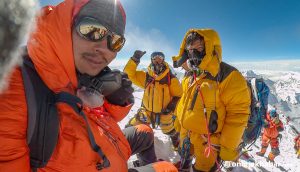 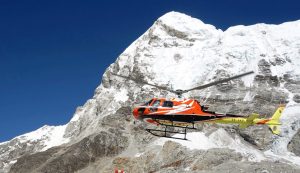