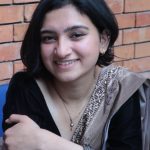 It was a few months ago that the case of a star actor abusing his fellow minor co-star made headlines which at the very least divided the netizens into two factions: one sympathetic to the very act of the sexual abuse and the other who was quick enough to throw patronising remarks and deems the allegations as merely a romance turned sour. How quick we are as a society to expect such emotional maturity out of a 17-year-old child but stay oblivious to the responsibility and moral stance that a 30-year-old adult man ought to hold?

Now, another sexual abuse case involving another star has come out.

I find it quite interesting for our society always has very ballistic reactions to such acts of sexual abuse. But, what has changed now? What dynamics were at play that gave people enough grounds to dismiss the victim?

A collective conscience as to the passivity of female sexuality is the essential presumption in crafting the rhetoric on rape victims. After all, a demure woman makes for a tragically perfect sexual abuse victim who is aesthetically pleasing to the senses and does not shake up one’s convictions rooted in patriarchal values. A woman’s assertiveness, the will to take agency in her life, is termed as frivolousness and promiscuity and is used as a justification for the misdeed done towards her. But, a man’s quivering moral ground, his utter disregard for the integrity of the other person, is neglected.

Society rushes to chastise the Sitas whose offence is merely transcending the boundaries they are conditioned and warned to be within but never the Ravanas who in their modern avatar abuse their authority, neglect their morality and dare transgress someone’s dignity.

This narrative lies problematic as it is prescriptive of who gets to be counted as a victim of sexual abuse.

This often leads to a polarised notion that fetishises victimhood. A naive child defiled of her “innocence” and an impoverished woman deemed helpless are titillating enough for public sympathy whereas a woman victimised in her working space just should not have been there. A married woman reporting rape is turning from her duties as a wife and a woman violated in a glamorous public setting is a victim of her promiscuity. The gravitas of the trauma that the sexual abuse victim might go through has some worth if it can make sensational headlines. Else, it is a mere ploy with ulterior motives.

One would not tell the victim of a theft that they should not have enticed the thief, but why are a woman and her sexuality antagonised and portrayed as the cause for the heinous act of rape and other forms of sexual abuse? Why is the tragedy of a rape victim deemed self-inflicted?

Supporting sexual abuse survivors who are coming out with their stories and making them heard are the very least thing that can be done and this does not necessarily mean that one is being overtly partisan and jeopardising the alleged perpetrator.

Are we any better?

The debacle that was caused by social media left me absolutely mortified. The netizens who picked their sides and quite vehemently showed their diffidence to the victims and survivors remind me of the stance that we hold as a society. On one hand, we encourage our women to be outspoken. But, when they come out with their tales of woe, how quick are we to dismiss them and suppress their courage?

The fiasco that the recent high-profile cases of rape and sexual abuse have sparked on social media reminds me of the Draupadi vastra haran in the great Hastinapura court where the onlookers either hailed at the act of stripping a woman and the rest bowed their heads in silence as passive supporters of the act. Who do you think is more pious? Whose action do you think is more justified and rational?

None, I say– Neither are the people who hold higher moral grounds and pass judgement nor the ones who brush it under the rug. We have to remain cautious that in this manner, we become enablers of rape culture.

Let us as a society introspect over our failings and take efforts to correct them rather than pointing fingers. For this is the calling of the dawn of a movement, this is the individual voices of the women who no longer resist infringement on their bodily integrity. Let us empower our courageous women who are coming up with their stories, and who are boldly speaking out against their abusers.

KC is an undergraduate student at Kathmandu School of Law, introducing herself as an advocate against voter suppression.