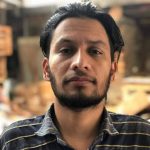 After studying political-economic indicators very closely, it can be said that society, and hence land in Nepal also, is in a rapid transaction. Due to the absence of national industrial capitalism in the Nepali economy, comprador capitalism allowed the local market to be flooded with imported goods and commodities. In contrast, Nepali farmers are involved in small-scale production to run their livelihood instead of mass production. The agricultural economy is crumbling because farmers’ products cannot compete with imported ones. Meanwhile, a lot of agricultural land in Nepal is abandoned.

Since the early bourgeois did not see any profit from industries due to policy, market, and political support, they preferred the comprador. Because of that, Nepal remains a haven for comprador capitalists. It means there is a need to reform and redistribute land in Nepal to utilise it in the best possible way.

After examining the rural economy in a Marxist theoretical framework, the current economy of Nepal is dominated by comprador capitalism rather than a mix of semi-feudal and comprador ones. Most farmers own their small portions of land in Nepal, meaning we cannot see the feudal system’s existence anymore. Even though there is a massive availability of free farming land and barren land in Nepal, people’s primary income source is no longer driven by agriculture. The predominance of non-agriculture refers to villagers’ involvement being decreased in outgoing agriculture farming.

In such a scenario, the land in Nepal is not closer to absolute farmers’ ownership because it is the land of the rich and middle class. Thus, the land on a hill becomes abandoned. No one is interested in working in any form; instead, they prefer a foreign country.

The larger population of rural families, labourers, and producers rely heavily on the market. There is much more direct prevalent exploitation seen from comprador capitalism than before. Due to the pressure of comprador capitalism, the import of unnecessary products spoiled the wage labourer, lower class, and proletariat through fewer opportunities for working. Life expediency is in crisis because random price tags on goods excessively cause market manipulation. The local organic agro-products cannot compete with the price of imported goods, so native products are replaced by their foreign competitors. Because of this, poorer people cannot generate saving and hardly escape poverty.

Similarly, comprador control of product availability creates chaos in the market through high price tags and syndication in transportation. This is the current political economy, and comprador capitalism is deeply rooted. The comprador capitalist hegemony is spreading, which has stopped the growth of national industrial capitalist modes of production.

The lack of production and reliance on the market promote the capitalist comprador society. To avoid this, the land in Nepal, lent by the middle and higher classes whose primary income source is no more agriculture, should be reformed by the local governments and distributed for actual (means of production) to the absolute farmers. It inspires farmers to produce, and the right people get a hand on land. It will eventually erase any authority or exploitation. Otherwise, the increase in the area of abandoned land and a lack of motivation of absolute farmers who prefer to migrate ultimately promote the comprador economy in Nepal.

Another major problem for villagers is the massive wealth gap. A large section of poor people has less fertile land. Those more impoverished farmers have to work for wages, and they either do sharecropping to run livelihood or sell labour to industries. This is because of what happened in 1970, an unscientific land reform and land distribution effort in Nepal.

Consequently, the allotment of a few plots of land to people could not be enough to run livelihood, neither could they become entirely dependent on daily labour. So, this system would not let people go for full-time industrial workers nor can they depend entirely on agriculture.

This concept must change for the betterment of Nepal. The public authority has to acquire the abandoned land in Nepal and distribute it to the poorer as a reform as fast as possible. If this could not happen, the old way of farming and trading would keep society backwards.

Kapri is a political science student.