Photo by Glenn Carstens-Peters on Unsplash

Until 2017, Bishal Bhandari used to run a phone-in TV programme. He used to feel sad every night when he would find his family members watching reality shows on foreign TV instead of his own channel.

“I used to feel bad but couldn’t force them to tune to Nepali programmes because the shows lacked quality and used to stand nowhere compared to the standard of foreign shows,” the Comedy Champion producer and director says, “After the start of the Nepal Idol season 1, I felt the change at my own home; my family would sit together and watch the show. The charm was very different.”

Ravi Oad used to watch Nepali Tara, Khoji Pratibhako as he was into singing and dancing since childhood. “Nonetheless, the quality of these reality shows never satisfied me as I was also habituated to watching Indian reality shows and other contents like most Nepalis,” the Nepal Idol season 2 winner says.

He says he was sceptical about the content quality of the first season of Nepal Idol in the beginning. “However, its immense craze and the fact that it could change lives attracted me to participate in the second season.”

Saman Shrestha, the winner of Himalaya Roadies Season 1 that aired in 2017, rarely used to watch Nepali reality shows before that. He thought they neither matched his interest nor met the standard of the shows he used to watch.

But, after he got the news of the start of Himalaya Roadies, Shrestha, an sport and adventure junkie, participated in the show and later won it. “The charm of MTV Roadies attracted me towards the show. Also, the show catches up my interest.”

Reality shows have brought some 180-degree changes in many common people’s lives as in the cases of Oad and Shrestha; hence, they have been able to attract the attention of the masses of late. For the same reason, people like family members of Bishal Bhandari also watch reality shows.

These reality shows, whether franchise or local, have emerged so powerful in recent years that they define the TV culture of the country today. However, stakeholders are not sure if they can retain their popularity in the future, given limitations regarding their production technicalities and market response.

The rising popularity of reality shows

The first is that they cater to the concerns of the youth. “During the armed conflict, televisions totally ignored the youngsters’ interests and the entertainment sector. We totally forgot how far the TV world has reached outside. Therefore, our youngsters used to watch foreign shows as the standard of Nepali shows could not fit the standard of the foreign shows they were exposed to,” he says, “But, the franchise reality shows meet the interest of these people as well as the standard they sought.”

Director Laxman Paudyal, as he began working for Nepal Idol in 2017, was doubtful if the reality shows could amass viewership in such a great deal. Nepal Idol set an example for reality shows and side by side established franchise shows in Nepal.

“It isn’t wrong to say that the reality shows airing on different tv channels have held the glory of TV sector currently. After all, it’s the same around the world,” he says.

The same issues, similar contents and formats in news, current affairs, and political talk shows have already irritated the audience. Hence, reality tv shows have offered something different to the audience, offering the grandness similar to foreign shows, all three directors view.

Towards creating a domestic market

The craze of Indian reality shows has drastically lowered after the arrival of these Nepali shows. Ravi Oad says there is not much charm of Indian Idol in Nepal these days as it used to be before the start of Nepal Idol.

The success of reality shows has proven that there is a future of the Nepali TV industry, they think. Content-oriented reality TV shows that meet the expectation of the audience and are produced spending millions can generate greater revenue and amass great attention. “It’s all on us how much we can capitalise on this habit of Nepali audiences returning to Nepali shows,” says  Bhandari.

But, generating revenues has been a significant concern for reality shows in Nepal. “Big reality shows require a big amount and to generate income, we are still dependent on YouTube. That is why we haven’t been able to air shows exclusively on televisions,” says  Bhandari.

However, Paudyal is of a different view. He thinks YouTube has been decisive only regarding the measurement of a show’s popularity. “As there is no TRP system in Nepali Televisions, we are forced to air the shows on YouTube. We are in such a condition now that we make shows for the TV, but, we can’t say if the show is successful through television rating itself.”

Bhandari also used to think that Nepali reality shows are only viewed on YouTube. But, he was proven wrong after receiving several phone calls and social media complaints as his team could not air the semi-finale episode of the Comedy Champions Season I at the scheduled time on Kantipur TV.

Irrespective of the medium, Adhikary believes mushrooming reality shows are expanding the limited TV show market in the country.

Bhandari says this has been reflected in the reaction of sponsors to them. “The sponsors, of course, used to get shocked when we approached them as we suddenly were dealing in crores. But, now, the times have changed, the market has become habitual with it.”

But, a question is still lingering. With a very limited market, makers like Bhandari doubt how many reality shows can this small market bear as the number of reality shows is mushrooming of late.

Adhikary agrees. “Today is the time of reality shows, but none can assure this will continue forever. Gradually, the series format is taking over the world…”

Likewise, Paudyal thinks Nepali televisions have not grown up enough to be an industry, and this is where all the problem lies. “Shows based on a true story, or events or reality impact people differently, thus, the audience gets attracted to reality shows. For some more years, we can do good with reality shows,” he says, “But, for the time after that, we should work on enhancing them.”

Paudyal warns if they do not work on offering the audience some change in the coming years, the reality shows will also reach a saturation point as happened with news-based shows.

Likewise, Adhikary adds, “After some period, everything becomes monotonous for people. We should come up with some different ideas and genres. The success and failure of the show depend on the presentation. Now, directors have to be clever on that particular factor.”

Besides, Bhandari considers the interest of the audience the major thing. “ The interest of today’s audience is reality shows. People are loving to watch the journey of a common person becoming a star via such shows.,” he describes, “But, the future is still to be found. Both the broadcasters and content creators need to explore the interest and demands of the audience and catch up with that.” 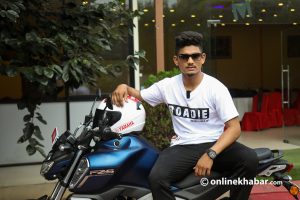 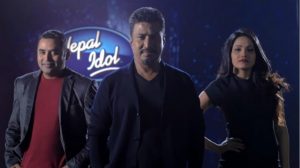 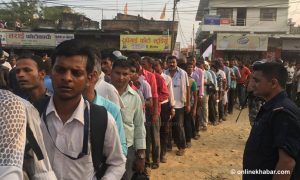