The Rana regime was an autocratic form of government that was in existence from 1846 to 1951. It started with Junga Bahadur Rana and his clever mind that planned historic events such as Kot Parva, Alau Parva, and Bhandarkhal Parva. During his time, Junga Bahadur Rana made various administrative, social, and economic achievements including the development of industry, the implementation of Muluki Ain and other laws throughout the nation uniformly.

In addition, the achievements include various monumental and aesthetic buildings they constructed for personal, governmental and public use. After the end of the regime, many of the Rana-era buildings were privatised whereas the government took over many of them. Today, many such buildings in Kathmandu have been converted into government offices.

During Panchayat rule, Singha Shumsher’s family hurriedly sold the palace to the Nepal government, after which it was turned into the Nepal Rastra Bank, the central bank of Nepal. Today, only a section of the bank is running in Thapathali.

Thapathali Durbar is believed to be built by Junga Bahadur Rana with the help of craftsman Ranasur Bista in 1854. Another group of people claim it was constructed in 1745 by Nain Singh Thapa, the father of Mathabar Singh Thapa. Despite the dispute, it is confirmed that after the Alau Parva, the Rana family started living here. After the death of Chandra Shumsher JBR, his son Singha Shumsher inherited it and named it Singha Mahal. The palace got partially destroyed during the 1934 earthquake.

After Chandra Shumsher passed away, Shankar Shumsher resided in Harihar Bhawan until 1950. Later, Shankar Shumsher was sent to the UK as the ambassador of Nepal. In 1952, the government of Nepal took over all his properties along with Harihar Bhawan. It was then transformed into the Ministry of General Administration. Currently, the palace houses the Department of Agriculture, the National Library of Nepal, and the National Human Rights Commission.

In the 1934 earthquake, one floor of the palace got completely destroyed. It was first turned into Club Rondeau in 1950 by Yuvaraj Shamsher, who got possession of the palace after his father Surya Shamsher died.

Now, it has been turned into Nepal Administrative Staff College. After King Birendra Bir Bikram Shah’s visit to England in 1980, the British government provided two experts to research Nepal’s existing institutes for public administration who reported the need for such an institution. The college was then successfully opened on July 16, 1982.

In 1950, as the Rana Regime fell and Bahadur Shumsher sold the palace to Prince Basundhara Bir Bikram Shah. He then handed the palace over to Russian national Borris who turned the palace into Royal Hotel. The government of Nepal then bought the palace. Currently, the palace functions as the office of the Election Commission.

In 1973, a massive fire broke out in which only the front side of the palace was saved. It was reconstructed and later Chandra Shumsher sold Singha Durbar to the Nepal government for Rs 20 million as the official residence of the prime minister. When the Rana dynasty fell, the government of Nepal used various areas of the palace to create houses of government offices like the House of Representatives, the National Assembly, and many more. Currently, it houses 20 ministries and government offices.

Babermahal is another palace created by Chandra Shumsher JBR in 1906. It is located on the northern side of the Bagmati river and has huge courtyards, gardens and buildings. In the same location, Jung Bahadur Rana had first built Thapathali Durbar that Chandra Shamsher demolished. After building it, he gifted the palace to his son Baber Shumsher JBR and named it BaberMahal.

The 1934 earthquake also had its impact on Babermahal. When the Rana regime fell down, Baber Shumsher sold the palace to the Nepal government. It now operates as the office for the Department of Roads, under the Ministry of Physical Infrastructure and Transport.

Sheetal Niwas is a building located in Maharjgunj, Kathmandu. It was constructed by Chandra Shamsher Rana in 1923. A year later, he gifted the palace to his youngest son Krishna Shumsher. This was another building that got destroyed in the 1934 earthquake, but Krishna Shamsher rebuilt it.

Due to political pressure, Chandra Shamsher had to hand over Sheetal Niwas to the government of Nepal. The palace was used as an embassy for a while, and later as the office for the Ministry of Foreign Affairs. Currently, it is used as the Office of the President of Nepal.

It is a palace located at Pulchok of Lalitpur. Chandra Shamsher built this palace in 1923 for his youngest wife Bal Kumari Devi and eldest son Bishnu Shamsher. He built it with the help of engineers Kumar Narsingh Rana and Kishor Narsingh Rana.

After Chandra Shamsher died, Bhim Shamsher took over the power and the palace. Later, when Madan Shamsher came into power, his queen distributed the land as incentives while the remaining land was distributed by the king’s brothers and sons. The palace currently operates as a building for Sajha Yatayat. 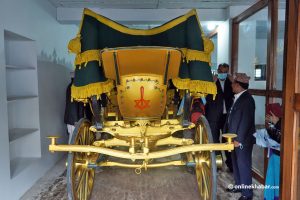 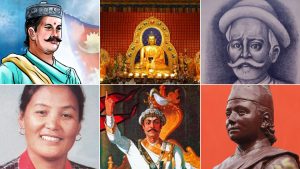 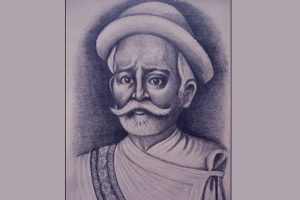 Bhakti Thapa is the latest national hero of Nepal 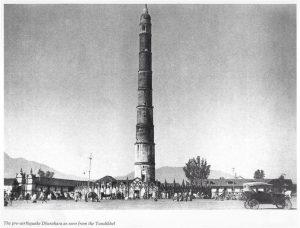